Great men were born in this world who inspired generations with their words and inspired change. On this page, we bring life-changing statements which these men stood for.

Great men were born in this world who inspired generations with their words and inspired change. On this page, we bring life-changing statements which these men stood for.

What are leaders made of? Some of the world’s biggest game changers were endowed with leadership qualities, and that made people follow them. But the common threads amongst them were passion, dedication, and commitment for the cause they stood for. Each great leadership quote mentioned here shows how that person lived or defined his or her leadership in that era. So, fill your heart with the zeal for leadership with ideas and ideals.

“The task of leadership is not to put greatness into people, but to elicit it, for the greatness is there already.” – John Buchan

“The real leader has no need to lead – he is content to point the way.” – Henry Miller

“The function of leadership is to produce more leaders, not more followers.” – Ralph Nader

“Leadership consists not in degrees of technique but in traits of character; it requires moral rather than athletic or intellectual effort, and it imposes on both leader and follower alike the burdens of self-restraint.” – Lewis H. Lapham

“A leader must have the courage to act against an expert’s advice.” – James Callaghan

“The price of greatness is responsibility.” – Winston Churchill

“Leadership is not about changing the mindset of the group, but in the cultivation of an environment that brings out the best and inspires the individuals in that group.” – Arthur F. Carmazzi

“The most important quality in a leader is that of being acknowledged as such.” – Andre Maurois

“I must follow the people. Am I not their leader?” – Benjamin Disraeli

“Leaders aren’t born they are made. And they are made just like anything else, through hard work. And that’s the price we’ll have to pay to achieve that goal, or any goal.” – Vince Lombardi:

“Only one man in a thousand is a leader of men – the other 999 follow women.” – Groucho Marx

“Outstanding leaders go out of their way to boost the self-esteem of their personnel. If people believe in themselves, it’s amazing what they can accomplish.” – Sam Walton

“I start with the premise that the function of leadership is to produce more leaders, not more followers.” – Ralph Nader

“Leadership is the special quality which enables people to stand up and pull the rest of us over the horizon.” – James Fisher

“Keep your fears to yourself, but share your inspiration with others.” – Robert Louis Stevenson

“What you cannot enforce, do not command.” – Sophocles

“The art of leadership is saying no, not yes. It is very easy to say yes.” – Tony Blair

“Leaders are more powerful role models when they learn than when they teach.” – Rosabeth Moss Kantor

“The ear of the leader must ring with the voices of the people.” – Woodrow Wilson

“Leadership is the art of getting someone else to do something you want done because he wants to do it.” – Dwight Eisenhower

“The only safe ship in a storm is leadership.” – Faye Wattleton

“The rung of a ladder was never meant to rest upon, but only to hold a man’s foot long enough to enable him to put the other somewhat higher.” – Thomas Huxley

“The manager asks how and when; the leader asks what and why.” – Warren Bennis

“A leader or a man of action in a crisis almost always acts subconsciously and then thinks of the reasons for his action.” – Jawaharlal Nehru

“The very essence of leadership is that you have a vision. You can’t blow an uncertain trumpet.” – Theodore M. Hesburgh

“One of the true tests of leadership is the ability to recognize a problem before it becomes an emergency.” – Arnold H. Glasgow

“The best executive is the one who has sense enough to pick good men to do what he wants done, and self-restraint to keep from meddling with them while they do it.” – Theodore Roosevelt

“If your actions inspire others to dream more, learn more, do more and become more, you are a leader.” – John Quincy Adams

“One of the true tests of leadership is the ability to recognize a problem before it becomes an emergency.” – Arnold H. Glasgow

“He who has never learned to obey cannot be a good commander.” – Aristotle

“The best leaders are the best note takers, best askers and best learners.” – They are shameless thieves. -Tom Peters

“I must follow the people. Am I not their leader?” – Benjamin Disraeli

“The ability to keep cool head in an emergency, maintain poise in the midst of excitement, and to refuse to be stampeded are true marks of leadership.” – R. Shannon

“First rule of leadership: everything is your fault.” – Unknown

“Be enthusiastic as a leader. You can’t light a fire with a wet match.” – Unknown

“Leaders must be close enough to relate to others, but far enough ahead to motivate them.” – John Maxwell.

“Leadership and learning are indispensable to each other.” – John F. Kennedy

“Effective leadership is not about making speeches or being liked; leadership is defined by results not attributes.” – Peter Drucker

“Don’t tell people how to do things, tell them, tell them what to do and let them surprise you with their results.” – George S. Patton

“A leader is a leader in hope” – Napoleon Bonaparte

You may have noticed that there are hardly any quotes by women. Well, male chauvinism ruled history since women leadership was never accepted by the society in large. But it does not mean there were no women leaders. They made their presence felt and stood rock solid for what they truly believed in. And many of them have their own takes on leadership that they have summed up in quotes.

“We are not interested in the possibilities of defeat.” – Queen Victoria

“Being powerful is like being a lady. If you have to tell people you are, you aren’t!” – Margaret Thatcher

“We need women leaders. But we need them to have a vision for something.” – Charlotte Bunch

“No one can make you feel inferior without your consent.” – Eleanor Roosevelt

“Humans are ambitious and rational and proud. And we don’t fall in line with people who don’t respect us and who we don’t believe have our best interests at heart. We are willing to follow leaders, but only to the extent that we believe they call on our best, not our worst.” – Rachel Maddow

“Don’t let anything stop you. There will be times when you’ll be disappointed, but you can’t stop. Make yourself the very best that you can make of what you are. The very best.” – Sadie T. Alexander

“Clearly no one knows what leadership has gone undiscovered in women of all races, and in black and other minority men.” – Gloria Steinem

“It’s hard to beat a person who never gives up.” – Babe Ruth

“Knowing that we can make a difference in this world is a great motivator. How can we know this and not be involved?” – Susan Jeffers

“Getting ahead in a difficult position requires avid faith in yourself. That is why some people with mediocre talent, but with great inner drive, go much further than people with vastly superior talent.” – Sophia Loren

“Leadership should be born out of the understanding of the needs of those who would be affected by it.” – Marian Anderson

“Never doubt that a small group of thoughtful committed citizens can change the world. Indeed, it is the only thing that ever has.” – Margaret Mead

“The leadership instinct you are born with is the backbone. You develop the funny bone and the wishbone that go with it.” – Elaine Agather

I will leave you with a quote by John W. Gardener to ponder upon – “A prime function of a leader is to keep hope alive.” 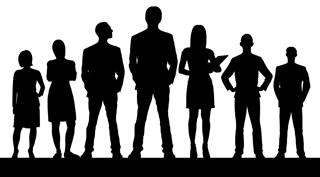 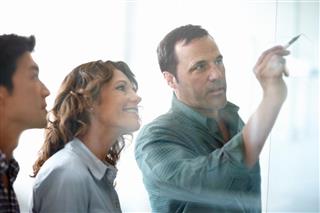 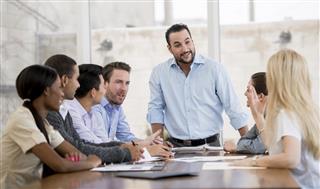 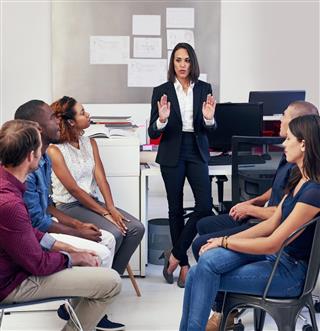 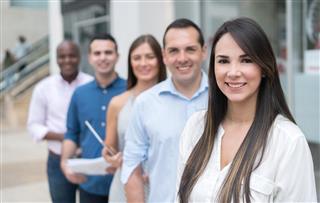