Funny Leadership Quotes That Will Make You Go Win the World

Funny quotes about leadership can make you inculcate a little humor in your daily 'leadership' tasks. Check out the ones in this article and use them to make your team more comfortable with you.

Funny quotes about leadership can make you inculcate a little humor in your daily ‘leadership’ tasks. Check out the ones in this article and use them to make your team more comfortable with you.

Just because you are a leader does not mean it has to be all work and no play. Sure you need to have all the qualities that are expected of you, but you can still infuse a little humor in your daily life. How? Well, for starters you can use some funny quotes about leadership mentioned in this article. Paste them on walls, write one on the notice board everyday, update your Facebook status with it. Use them as you like them. You’ll feel good about being a leader because it will take all the tension away from your mind, at least temporarily.

The key to being a good manager is keeping the people who hate me away from those who are still undecided. – Casey Stengel

When trouble arises and things look bad, there is always one individual who perceives a solution and is willing to take command. Very often, that person is crazy. – Dave Barry

Don’t tell people how to do things, tell them what to do and let them surprise you with their results. – George S Patton

Being powerful is like being a lady. If you have to tell people you are, you aren’t! – Margaret Thatcher

It’s hard to lead a cavalry charge if you think you look funny on a horse. – Adlai Stevenson

People who enjoy meetings should not be in charge of anything. –Thomas Sowell

Leadership involves finding a parade and getting in front of it. – John Naisbitt

The best executive is the one who has sense enough to pick good men to do what he wants done, and self-restraint to keep from meddling with them while they do it. – Theodore Roosevelt

Leadership is the art of getting someone else to do something you want done because he wants to do it. – Dwight Eisenhower

A government that robs Peter to pay Paul can always depend on the support of Paul. – George Bernard Shaw

If you make people think they’re thinking, they’ll love you. If you really make them think, they’ll hate you. – Don Marquis

First rule of leadership: everything is your fault. – A Bug’s Life

It is a well-known fact that those people who must want to rule people are, ipso facto, those least suited to do it… anyone who is capable of getting themselves made President should on no account be allowed to do the job. – Douglas Adams

You do not lead by hitting people over the head – that’s assault, not leadership. – Dwight Eisenhower

The man who smiles when things go wrong has thought of someone to blame it on. -Robert Bloch

Divide and rule, a sound motto. Unite and lead, a better one. –Johann wolfgang von Goethe

In most cases being a good boss means hiring talented people and then getting out of their way. –Tina Fey

Leadership has been defined as the ability to hide your panic from others. –Lao Tzu

“I’m a leader not a follower. Unless it’s a dark place, then you are going first.” -Unknown

A leader is a dealer in hope. –Napoleon Bonaparte

There go my people. I must find out where they are going so I can lead them. – Alexandre Ledru-Rollin

These quotes are sure to inspire and encourage you to be an even better leader that you already are. Use them to cheer yourself and others around you. It will have a positive impact on everyone and the day will go on smoothly. 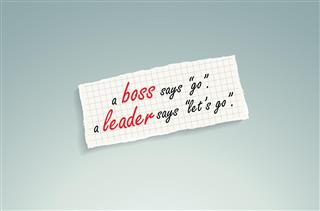 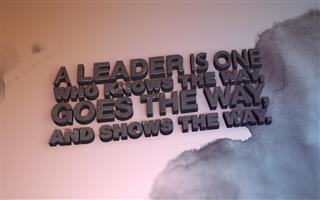 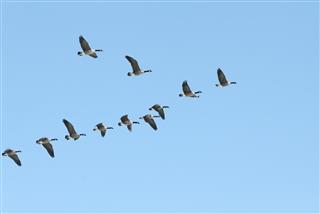 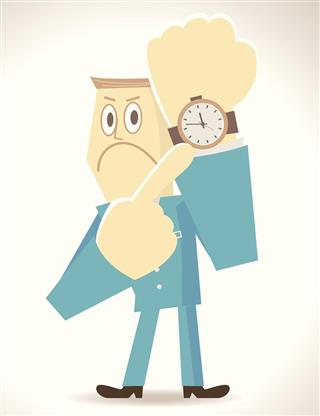