They say, everything good is young, wild, and free, and they who say so are hippies themselves. Hippie is a cult movement defined by young and the restless, who believe in living free and loving generously. Here's taking a look at what lies at the heart of being a hippie, with some of the famous hippie quotes of all time.

They say, everything good is young, wild, and free, and they who say so are hippies themselves. Hippie is a cult movement defined by young and the restless, who believe in living free and loving generously. Here’s taking a look at what lies at the heart of being a hippie, with some of the famous hippie quotes of all time.

There couldn’t have ever been more precise words to put across the meaning of a hippie soul. After all, a hippie that can be explained is not a hippie at all! Otherwise known as a gypsy, a bohemian, at times, a wanderer, and sometimes, a vagrant too, hippies have many connotations to themselves. However, at the heart of it, they all speak the same language of love and laughter.

Very closely associated with the Woodstock era, The Beatlemania, and the age of rock ‘n’ roll, the hippie cult belongs to each and every seeker of happiness, peace, and a calm that is reflected inward. Compiled below are some of the famous quotes by artists, and singers that show how hippie culture influenced art, music, and the way of life back then.

Famous Hippie Quotes of All Time

“To travel is to discover that everyone is wrong about other countries.”
― Aldous Huxley

“If there were in the world today any large number of people who desired their own happiness more than they desired the unhappiness of others, we could have a paradise in a few years.”
― Bertrand Russell

“How does it feel to be on your own, with no direction home, like a complete unknown, like a rolling stone?”
― Bob Dylan

“I’ve been smiling lately, dreaming about the world as one. And I believe it could be someday it’s going to come.”
― Cat Stevens

“We all want to change the world.”
― The Beatles

“Never pretend to a love which you do not actually feel, for love is not ours to command.”
― Alan Wilson Watts

“You’re either on the bus or off the bus.”
― Ken Kesey

“The only people for me are the mad ones, the ones who are mad to live, mad to talk, mad to be saved, desirous of everything at the same time, the ones who never yawn or say a commonplace thing, but burn, burn, burn, like fabulous yellow roman candles exploding like spiders across the stars.'”
― Jack Kerouac

“Kerouac opened a million coffee bars and sold a million pairs of Levis to both sexes. Woodstock rises from his pages.”
― William S. Burroughs

“When you’ve seen beyond yourself, then you may find, peace of mind is waiting there.”
― George Harrison

“Old hippies don’t die, they just lie low until the laughter stops and their time comes round again.”
― Joseph Gallivan

“Hippy is an establishment label for a profound, invisible, underground, evolutionary process. For every visible hippy, barefoot, beflowered, beaded, there are a thousand invisible members of the turned-on underground. Persons whose lives are tuned in to their inner vision, who are dropping out of the TV comedy of American Life.”
― Timothy Leary

“All I’m gonna do is just go on and do what I feel.”
― Jimi Hendrix

“Imagine no possessions, I wonder if you can. No need for greed or hunger. A brotherhood of man. Imagine all the people sharing all the world.”
― John Lennon

“Your mind is like a parachute, it doesn’t work unless it’s open.”
― Jordan Maxwell

“We must be willing to let go of the life we planned so as to have the life that is waiting for us.”
― Joseph Campbell

“Love is all you need.”
― The Beatles

“Do you want me to tell you something really subversive? Love is everything it’s cracked up to be. That’s why people are so cynical about it. It really is worth fighting for, being brave for, risking everything for. And the trouble is, if you don’t risk anything, you risk even more.”
― Erica Jong

“…see the whole thing is a world full of rucksack wanderers, Dharma Bums refusing to subscribe to the general demand that they consume production and therefore have to work for the privilege of consuming, all that crap they didn’t really want anyway such as refrigerators, TV sets, cars,…and general junk you finally always see a week later in the garbage anyway, all of them imprisoned in a system of work, produce, consume, work, produce, consume, I see a vision of a great rucksack revolution thousands or even millions of young Americans wandering around with rucksacks, going up to mountains to pray, making children laugh and old men glad, making young girls happy and old girls happier, all of ’em Zen Lunatics who go about writing poems that happen to appear in their heads for no reason and also by being kind and also by strange unexpected acts keep giving visions of eternal freedom to everybody and to all living creatures.”
― Jack Kerouac

“If you smile at me I will understand because that is something everyone, everywhere does in the same language.”
― Jefferson Airplane

“Whenever you find yourself on the side of the majority, it’s time to pause and reflect.”
― Mark Twain

“I took the road less traveled by, and that has made all the difference.”
― Robert Frost

“You create your own reality.”
― Seth

“The attitude is we live and let live. This is actually an amazing change in values in a rather short time and it’s an example of freedom from religion.”
― Tom Wolfe

“I mean, I come from a hippie mentality where I just think to know someone, you need to look into their eyes. Eyes are so important. Until they start melon-balling eyes out, I won’t be able to get to know someone another way.”
― Drew Barrymore

“My real fantasy if I was to drop out would be to live in a mobile home and be a hippie and drive around festivals and have millions of children – children with dreadlocks and nose rings – and play the flute.”
― Rachel Weisz

“Though it’s frequently portrayed as this crazy, unbridled festival of rain-soaked, stoned hippies dancing in the mud, Woodstock was obviously much more than that – or we wouldn’t still be talking about it in 2009. People of all ages and colors came together in the fields of Max Yasgur’s farm.”
― Richie Havens

“If you want to be free, be free. Cause there’s a million things to be.”
― Cat Stevens

“The most important kind of freedom is to be what you really are. You trade in your reality for a role. …You give up your ability to feel, and in exchange, put on a mask.”
― Jim Morrison

“Expose yourself to your deepest fear; after that, fear has no power, and the fear of freedom shrinks and vanishes. You are free.
― Jim Morrison

A hippie life is one that is not bound my definitions, boundaries, or rituals. It is one that demands constant exploration and subsequent soul-searching, to live a life that is truly larger than you ever thought it can be. It is one in which you live every moment as though it offers a surprise that has to be enjoyed, celebrated, and shared. A quote that sums up the hippie sentiment perfectly is put perfectly by Stephen Chbosky in his book, The Perks of Being a Wallflower. In utter simplicity that offers unmatched profoundness, he says, It’s much easier to not know things sometimes. Things change and friends leave. And life doesn’t stop for anybody. I wanted to laugh. Or maybe get mad. Or maybe shrug at how strange everybody was, especially me. I think the idea is that every person has to live for his or her own life and then make the choice to share it with other people. You can’t just sit there and put everybody’s lives ahead of yours and think that counts as love. You just can’t. You have to do things. I’m going to do what I want to do. I’m going to be who I really am. And I’m going to figure out what that is. And we could all sit around and wonder and feel bad about each other and blame a lot of people for what they did or didn’t do or what they didn’t know. I don’t know. I guess there could always be someone to blame. It’s just different. Maybe it’s good to put things in perspective, but sometimes, I think that the only perspective is to really be there. Because it’s okay to feel things. I was really there. And that was enough to make me feel infinite. I feel infinite. And that is how being a hippie at heart begins. 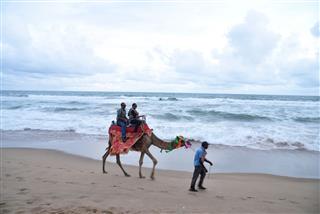 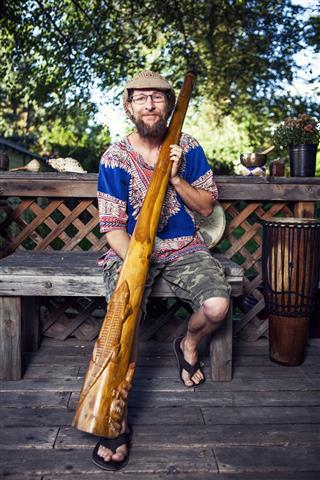 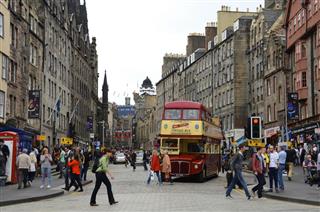