Sir Winston Churchill is a figure revered in history not just for his exemplary oratory skills, but also for showing incredible leadership in times of grave danger. Here is a list of funny, inspirational, and some worthy of controversy quotes by none other than Churchill himself.

Sir Winston Churchill is a figure revered in history not just for his exemplary oratory skills, but also for showing incredible leadership in times of grave danger. Here is a list of funny, inspirational, and some worthy of controversy quotes by none other than Churchill himself. 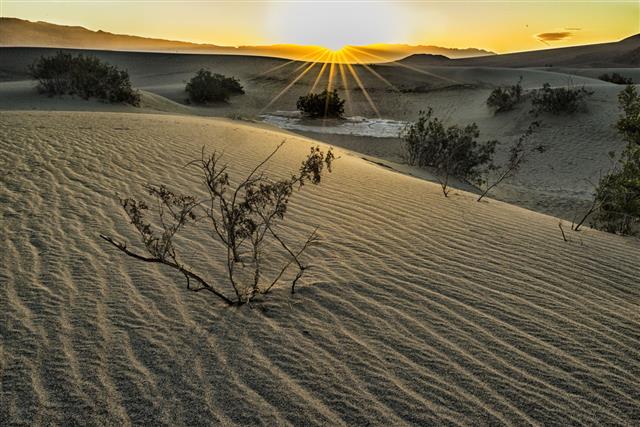 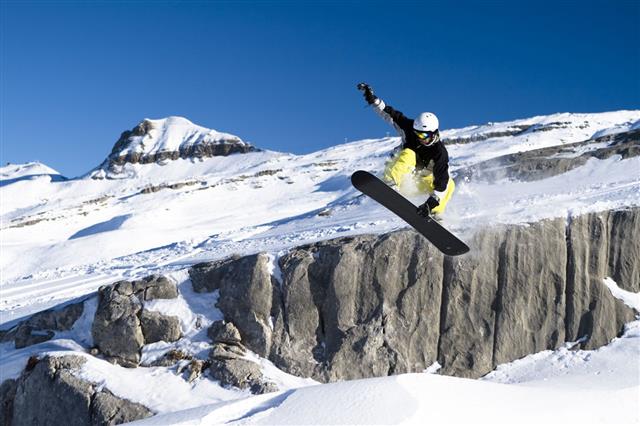 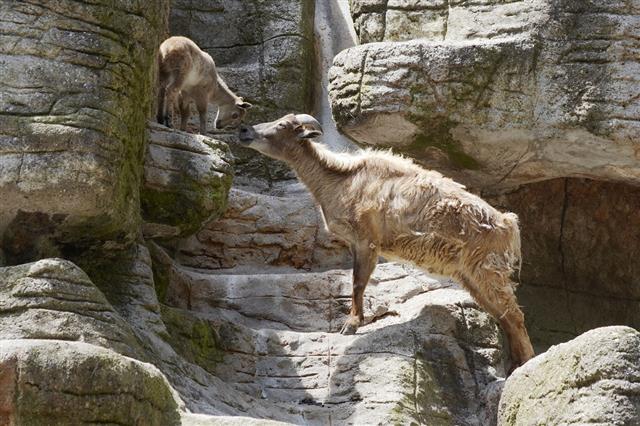 We Shall Fight on the Beaches

Even half a century after his demise, Sir Winston Churchill remains a true hero, a man who taught the world the true art of leadership. His perseverance, his love for art, his never-say-die spirit, his tactful decision-making qualities, and his incredible oratory skills make him one of the greatest leaders that Britain ever produced.

Despite the inheritance of loss on becoming the Prime Minister of Britain on May 10, 1940, Churchill was determined to fight the possible emergence of the Dark Age under Hitler’s regime with all his defiance, courage, reason, and let’s not forget, confidence.

His speeches were fueled with conviction, optimism, and inspiration, which are qualities that fail the best of us in times of absolute crisis. His words are relevant even today as they continue to inspire, evoke laughter, and make you see the light at the end of the tunnel in situations that demand more than what you can offer. Here’s a comprehensive compilation of famous quotes by Sir Winston Churchill for those who seek positive perspective on life

Success is not final, failure is not fatal: it is the courage to continue that counts.

Men occasionally stumble over the truth, but most of them pick themselves up and hurry off as if nothing ever happened.

My tastes are simple: I am easily satisfied with the best.

If you are going through hell, keep going.

A lie gets halfway around the world before the truth has a chance to get its pants on.

Hitler knows that he will have to break us in this island or lose the war. If we can stand up to him, all Europe may be free and life of the world may move forward into broad, sunlit uplands. But if we fall, then the whole world, including the United States, including all that we have known and cared for, will sink into the abyss of a new Dark Age made more sinister, and perhaps more protracted, by the lights of perverted science. Let us therefore brace ourselves to our duties, and so bear ourselves that, if the British Empire and its Commonwealth lasts for a thousand years, men will still say, ‘This was their finest hour!’

Tact is the ability to tell someone to go to hell in such a way that they look forward to the trip.

You have enemies? Good. That means you’ve stood up for something, sometime in your life.

Nothing in life is so exhilarating as to be shot at without result.

My most brilliant achievement was my ability to be able to persuade my wife to marry me.

I am fond of pigs. Dogs look up to us. Cats look down on us. Pigs treat us as equals.

It is not enough that we do our best; sometimes we must do what is required.

History will be kind to me for I intend to write it.

A lady came up to me one day and said ‘Sir! You are drunk’, to which I replied ‘I am drunk today madam, and tomorrow I shall be sober but you will still be ugly.

For myself I am an optimist – it does not seem to be much use to be anything else.

The best argument against democracy is a five-minute conversation with the average voter.

Personally, I’m always ready to learn, although I do not always like being taught.

A fanatic is one who can’t change his mind and won’t change the subject.

Success is stumbling from failure to failure with no loss of enthusiasm.

Don’t interrupt me while I’m interrupting.

The price of greatness is responsibility.

Continuous effort – not strength or intelligence – is the key to unlocking our potential.

Attitude is a little thing that makes a big difference.

If you cannot read all your books…fondle them—peer into them, let them fall open where they will, read from the first sentence that arrests the eye, set them back on the shelves with your own hands, arrange them on your own plan so that you at least know where they are. Let them be your friends; let them, at any rate, be your acquaintances.

An appeaser is one who feeds a crocodile, hoping it will eat him last.

We are all worms, But I do believe that I am a glow worm.

To each there comes in their lifetime a special moment when they are figuratively tapped on the shoulder and offered the chance to do a very special thing, unique to them and fitted to their talents. What a tragedy if that moment finds them unprepared or unqualified for that which could have been their finest hour.

I pass with relief from the tossing sea of Cause and Theory to the firm ground of Result and Fact.

How dreadful are the curses which Mohammedanism lays on its votaries! Besides the fanatical frenzy, which is as dangerous in a man as hydrophobia in a dog, there is this fearful fatalistic apathy. The effects are apparent in many countries. Improvident habits, slovenly systems of agriculture, sluggish methods of commerce, and insecurity of property exist wherever the followers of the Prophet rule or live. A degraded sensualism deprives this life of its grace and refinement; the next of its dignity and sanctity. The fact that in Mohammedan law every woman must belong to some man as his absolute property – either as a child, a wife, or a concubine – must delay the final extinction of slavery until the faith of Islam has ceased to be a great power among men. Thousands become the brave and loyal soldiers of the faith: all know how to die but the influence of the religion paralyses the social development of those who follow it. No stronger retrograde force exists in the world. Far from being moribund, Mohammedanism is a militant and proselytizing faith. It has already spread throughout Central Africa, raising fearless warriors at every step; and were it not that Christianity is sheltered in the strong arms of science, the science against which it had vainly struggled, the civilisation of modern Europe might fall, as fell the civilisation of ancient Rome.

We sleep safely at night because rough men stand ready to visit violence on those who would harm us.

When the eagles are silent, the parrots begin to jabber.

Everyone is in favor of free speech. Hardly a day passes without its being extolled, but some people’s idea of it is that they are free to say what they like, but if anyone else says anything back, that is an outrage.

All the great things are simple, and many can be expressed in a single word: freedom, justice, honor, duty, mercy, hope.

You ask, what is our aim? I can answer in one word. It is victory, victory at all costs, victory in spite of all terror, victory, however long and hard the road may be; for without victory, there is no survival.

In the course of my life, I have often had to eat my words, and I must confess that I have always found it a wholesome diet.

Criticism may not be agreeable, but it is necessary. It fulfills the same function as pain in the human body; it calls attention to the development of an unhealthy state of things. If it is heeded in time, danger may be averted; if it is suppressed, a fatal distemper may develop.

The farther backward you can look, the farther forward you are likely to see.

A joke is a very serious thing.

When you get a thing the way you want it, leave it alone.

If you have an important point to make, don’t try to be subtle or clever. Use a pile driver. Hit the point once. Then come back and hit it again. Then hit it a third time – a tremendous whack.

It is a good thing for an uneducated man to read books of quotations.

History is written by the victors.

Healthy citizens are the greatest asset any country can have.

Occasionally he stumbled over the truth, but hastily picked himself up and hurried on as if nothing had happened.

We contend that for a nation to try to tax itself into prosperity is like a man standing in a bucket and trying to lift himself up by the handle.

Churchill stood for everything that men of honor are described to be. This wartime leader had to take some of the toughest decisions in the face of danger. A lot has been said over the right and wrong of these decisions. However, what holds true is that Churchill served his country with, “blood, sweat, and tears”, and stood by his countrymen with all his conviction. 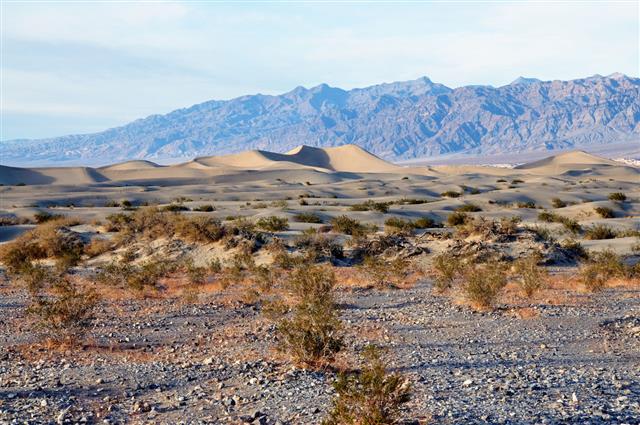