Lionel Messi is one of the best, most popular, and most inspiring sportsmen in the world. The story of his life is an inspiration for all athletes. Read on for more Lionel Messi quotes in order to know more about his life. 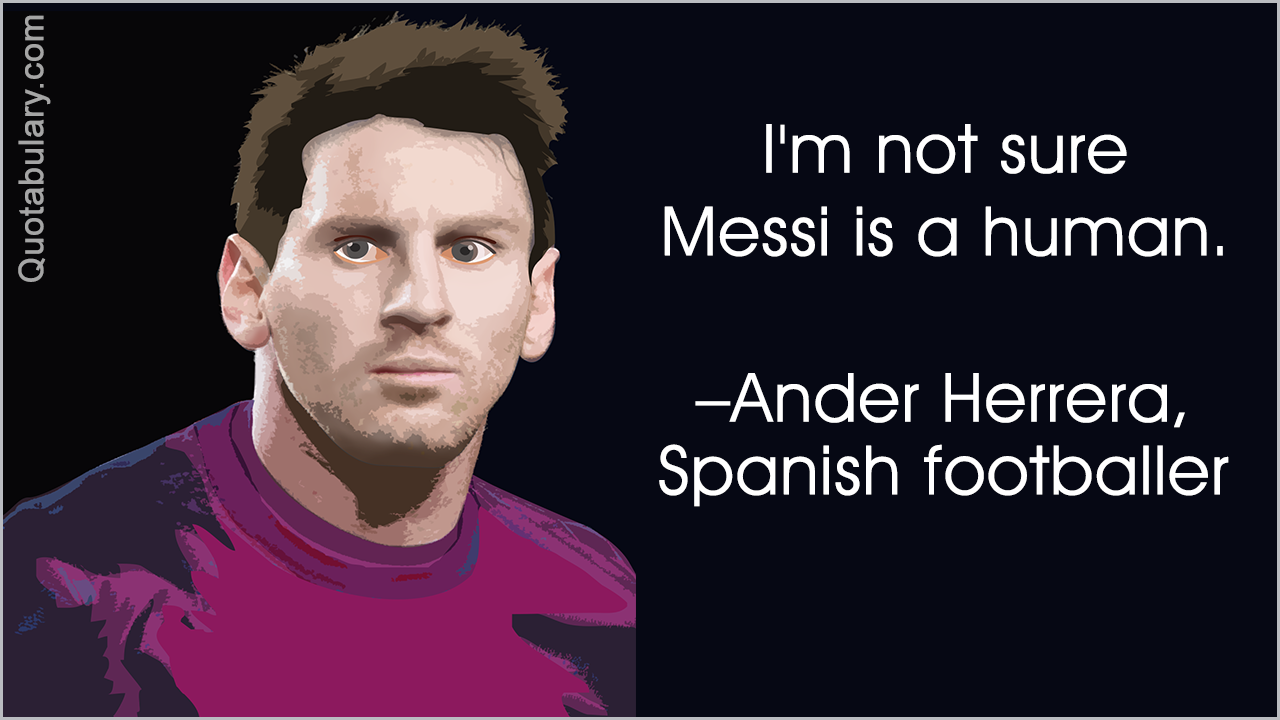 Lionel Messi is one of the best, most popular, and most inspiring sportsmen in the world. The story of his life is an inspiration for all athletes. Read on for more Lionel Messi quotes in order to know more about his life.

I have seen the player who will inherit my place in Argentine football and his name is Messi.

Lionel Messi is arguably the best soccer player in the world today, though the comparison with Cristiano Ronaldo rages on fervently. He is counted among the best footballers in the history of the game, and many even consider him the best of all time.

He has been a frighteningly consistent record-breaker with his beloved club Barcelona ever since breaking through the youth ranks. At the age of just 27, he is already their record goalscorer in competitive, league, as well as continental games. He is also very close to the all-time scoring records in the Champions League and the Spanish Primera Liga.

He has been named as the heir apparent of the great Argentine hero, Diego Maradona, by journalists, players, and Maradona himself, alike. He holds numerous records, such as the most goals scored in a single La Liga season and the most goals scored in a calendar year. His story of struggle, where he almost had to quit football due to a growth hormone deficiency, is an inspiration to all budding athletes.

Here are some of the quotes that best illustrate the attitude of this great player and the high esteem in which he is held by other players.

I have fun like a child in the street. When the day comes when I’m not enjoying it, I will leave football.

I don’t need the best hairstyle or the best body. Just give me a ball at my feet and I’ll show you what I can do.

What I do is play soccer, which is what I like.

The day you think there is no improvements to be made is a sad one for any player.

In football as in watchmaking, talent and elegance mean nothing without rigour and precision.

At Barca we trained every day with the ball. I hardly even took a step running without a ball at my feet.

I never think about the play or visualize anything. I do what comes to me at that moment. Instinct. It has always been that way.

I’ve always really just liked football, and I’ve always devoted a lot of time to it. When I was a kid, my friends would call me to go out with them, but I would stay home because I had practice the next day. I like going out, but you have to know when you can and when you can’t.

One of the Arsenal players came up to me afterwards and said it had been an honor to be on the same pitch as me. I thought, My God, that is a great thing to say when your team has just lost.

Whether it’s a friendly match, or for points, or a final, or any game – I play the same. I’m always trying to be my best, first for my team, for myself, for the fans, and to try and win.

I go out and do the best I can in each game, and I don’t think about the fouls other players will commit or whether I might be injured. It only does you harm to worry about those things.

I still have a lot of room for improvement. For example, I want to shoot equally well with both feet.

You have got to love the game.

Being named among the best is special and beautiful. But if there are no titles, nothing is won.

Money is not a motivating factor. Money doesn’t thrill me or make me play better because there are benefits to being wealthy. I’m just happy with a ball at my feet. My motivation comes from playing the game I love. If I wasn’t paid to be a professional footballer I would willingly play for nothing.

Something deep in my character allows me to take the hits and get on with trying to win.

I prefer to win titles with the team ahead of individual awards or scoring more goals than anyone else. I’m more worried about being a good person than being the best football player in the world. When all this is over, what are you left with? When I retire, I hope I am remembered for being a decent guy.

The Barcelona youth program is one of the best in the world. As a kid, they teach you not to play to win, but to grow in ability as a player.

I know how important it is to have a helping hand. In my childhood I had difficult times because of hormonal problems. If I hadn’t had support, I wouldn’t have been able to fulfill my dreams.

It takes sacrifice as well as talent.

My family was always present when I needed them and sometimes felt even stronger emotions than me.

Having read the man himself describe his experiences and what drives him to succeed, here’s a few choice quotes made by present and past players about the little wonder Leo.

Put in the superlatives yourselves, I’m running out. It’s already been a while now that he has been outstanding. He’s more than decisive in every way. That he’s capable of doing everything that he does at his age is something impressive, that doesn’t make any sense.
― Pep Guardiola

Messi or Ronaldo best player in the world? In the world, I would say Ronaldo. Messi is from another planet.
― Arda Turan

In my entire life I have never seen a player of such quality and personality at such a young age, particularly wearing the ‘heavy’ shirt of one of the world’s great clubs.
― Fabio Capello

It has been an honour to be the coach of the best player (Messi) I have ever seen and probably the best I will see.
― Pep Guardiola

There is no doubt about it, Messi’s clearly the best player in the world. He’s a phenomenon who has already won everything, but is still hungry for more. His humbleness only makes him greater.
― Marco van Basten

The only bad thing about [Cristiano] Ronaldo’s life is Messi. If it was not for him, Ronaldo would be the best player in the world for five years in a row.
― Luiz Felipe Scolari

Is Messi a real player or a Play Station character?
― Radamel Falcao

I played with Romario, Rivaldo, Ronaldo, Laudrup and Stoichkov but Messi is the best I’ve seen.
― Albert Ferrer

Ronaldinho is better than Cristiano Ronaldo, but neither are as good as Leo Messi.  ― Antonio Cassano

Once he’s on the run, Messi is unstoppable. He’s the only player who can change direction at such a pace.
― Arsene Wenger

(commenting on the numerous players compared to Maradona) The difference with Messi is the new Maradona tag came from the old Maradona.
― Rick Broadbent (Sports Writer)

He’s a leader and is offering lessons in beautiful football. He has something different to any other player in the world.
― Diego Maradona

What Leo does is so incredible that I have to be careful not to stand still watching him make his moves.
― Thierry Henry

Leo simply goes one way with his body and another with the ball. You have to either guess right or foul him.
― Gerard Pique

In two minutes, I saw his speed, his skill and decided we would sign him.
― Carles Rexach (former Barcelona sporting director)

If he continues like this then I think Messi will be the best player in the history of football.
― Xavi

To compare Lionel Messi to anybody else is unfair on them.
― Sid Lowe (Sports Writer)

Messi is a genius. He has everything. When I watch him, I see a player who is very, very, skilful, very clever and his left foot is like Diego Maradona’s.
― Franz Beckenbauer

There is no doubt that Messi is the best player in the world.
― Ronaldo (the Brazilian one)

Once they said they can only stop me with a pistol but today you need a machine gun to stop Messi.
― Hristo Stoichkov

He deserves ten out of ten for doing what he does. He is a sensation, but still he can improve. He must know when to move the ball on quickly and when to try the impossible mission. When he learns this, he won’t win a single Golden Ball, but an entire collection.
― Johan Cruyff

I see Maradona every time he grabs the ball and accelerates. We must protect him. I’d personally put him in a drawer of my bedside table.
― Juan Sebastián Verón

The best way to stop Messi is when you play with 11 men and then you can double mark him, one player to stay on him and the other to help out. If it is 11 against 10 then you have almost no chance of stopping him.
― José Mourinho

I’m not sure Messi is a human.
― Ander Herrera 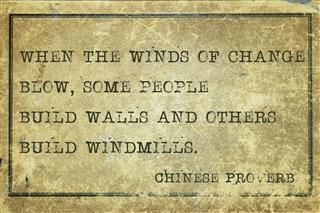 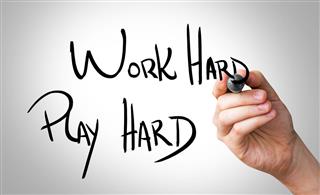