Sarcasm is a quality that women are born with. Thus, I have taken the liberty to list some sarcastic sayings about men, taking advantage of this blessing!

Sarcasm is a quality that women are born with. Thus, I have taken the liberty to list some sarcastic sayings about men, taking advantage of this blessing!

NOTE: Since adding a disclaimer is a must here, I would like to say that this article is not written to hurt anyone’s (men’s) sentiments and should be taken in a humorous manner.

The reason God sent man down to earth was probably because, he ran out of beer, chicken, and women! No man is complete without these three things in his life and enjoying them is what he considers his sole purpose of existence. They are officially known to be the most hard-working (laziest), strongest (emotionally weakest), and smartest (silliest) of the sexes. Scroll down to find some hilarious sayings on men, and you can feel free to match them with reality!

Sarcastic Quotes and Sayings About Men

The one liners and sarcastic jokes about boys as well as men are too interesting to be kept waiting. So, without any further delay, let me present to you the finest collection of sarcastic sayings about men, which I am sure all of you will enjoy! Get ready for some serious laughter!

Women were created for a reason, to keep men sane.

“History teaches us that men and nations behave wisely once they have exhausted all other alternatives.” – Abba Eban

A genius is a man who can re-wrap a new shirt and not have any pins left over.

A gentleman is simply a patient wolf.

A man in the house is worth two in the street.

Eighty percent of married men cheat in America. The rest cheat in Europe.

Give a man a free hand and he’ll run it all over you.

Men are like commercials, you can’t believe a word they say.

Men can read maps better than women. Cause only the male mind could conceive of one inch equaling a hundred miles.

Never trust a husband too far or a bachelor too near.

Getting drunk: $65
Calling a cab when you are too drunk: $21.50.
Saying the right things at the right time: Priceless.

So many men so little aspirin.

The best way to get a man to do something is to suggest they are too old for it.

The only difference between men and boys are the size of their shoes and the price of their toys.

What do men and clouds have in common? When both are not around, it’s a nice day!

Wise women always support their husband’s career, they know they are investing in a higher-future-alimony.

If you had to compare sarcastic sayings about life and those about men, I am sure you know which ones would be more enjoyable! Well, to continue some more sarcasm find another interesting list full of sarcastic one liners and jokes about men coming right up for you.

Why is the male intelligence worth more than the female? It is rarer.

Why can’t a man be both good looking and intelligent? Since that would make him a woman.

Why don’t men go through menopause? They never left puberty.

Can you imagine a world without men? No crime and lots of happy, fat women.

Why is psychoanalysis so much quicker for men than for women? Men don’t need to be regressed back to their childhood.

COMMITMENT
Female: A desire to get married and raise a family.
Male: Not trying to pick up other women while out with one’s girlfriend.

How do you keep your husband from reading your e-mail? Rename the mail folder “Instruction Manuals.”

What’s the smartest thing a man can say? “My wife says…”

What did God say after creating man? I can do so much better.

Why is it good that there are female astronauts? When the crew gets lost in space, at least the woman will ask for directions.

What do you call a man with only half a brain? Gifted.

Why do men need instant replay on TV sports? Because after 30 seconds they forget what happened.

How does a man show a woman that he is planning for the future? He buys two cases of beer instead of one.

Why are most jokes so short? So men can remember them.

With these “highly offensive”, jokes and sarcastic sayings about men, I am sure all the men reading this have had a good time! Well, I would like to conclude by quoting “Boys will be boys, and so will a lot of middle-aged men.” by Frank McKinney. But it is this innocence, that women love to experience at least once in a lifetime. 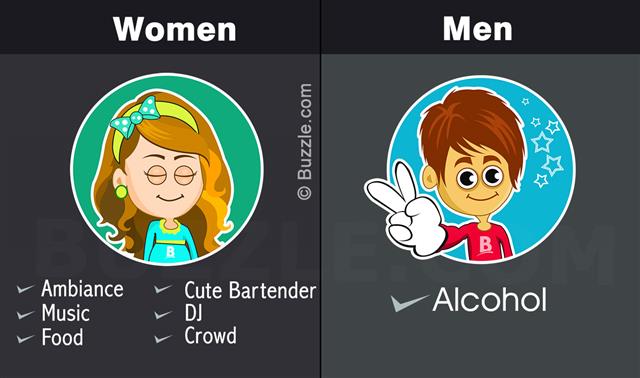 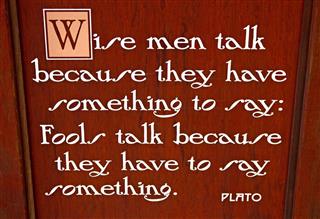 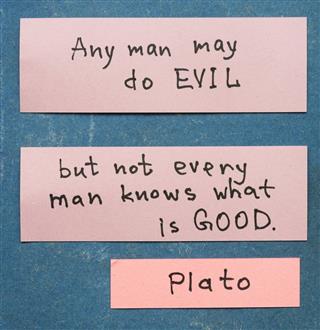 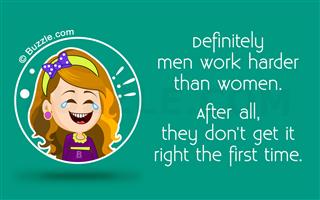 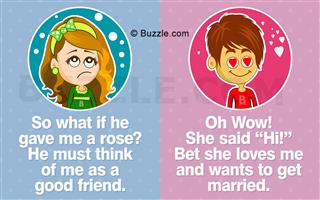