These Quotes By George W. Bush are Equally Striking and Comical

Here is a compilation of quotes by George W. Bush, most of which have been selected from some of the press conferences or meetings addressed by him.

Here is a compilation of quotes by George W. Bush, most of which have been selected from some of the press conferences or meetings addressed by him. 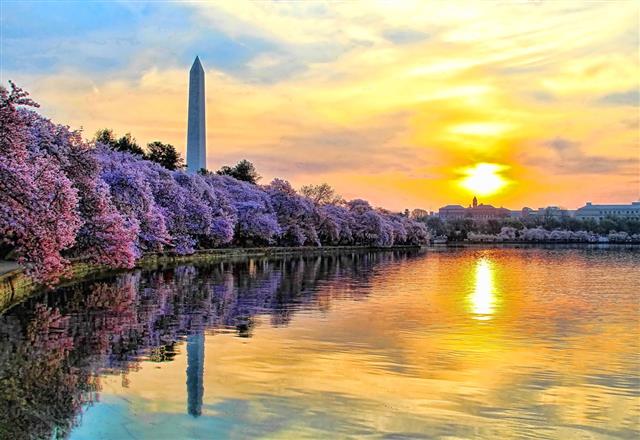 This momentous achievement marks a victory for America, for people who seek peace around the world, and for all those who lost loved ones on September 11, 2001. The fight against terror goes on, but tonight America has sent an unmistakable message: No matter how long it takes, justice will be done.

George W. Bush was the 43rd President of the United States. Born on 6th July 1946, he was associated with politics from a very early age, and was the leader of America from 2001 to 2009. He was born to George H.W. Bush and Barbara Bush. Throughout his career, he addressed nations on many global issues.

George W. Bush was known to be bold, witty, and funny during his tenure as president. There are like thousands of his quotes which did the rounds, but here are some of his best ones.

The action we take and the decisions we make in this decade will have consequences far into this century. If America shows weakness and uncertainty, the world will drift toward tragedy. That will not happen on my watch.

Leadership to me means duty, honor, country. It means character, and it means listening from time to time.

You can’t put democracy and freedom back into a box.

There is no finer honor than being the commander in chief of a fine group of men and women, and I’m proud to be in your midst.

A dictatorship would be a heck of a lot easier, there’s no question about it.

Do I think faith will be an important part of being a good president? Yes, I do.

The true history of my administration will be written 50 years from now, and you and I will not be around to see it.

The legislature’s job is to write law. It’s the executive branch’s job to interpret law.

We don’t believe in planners and deciders making the decisions on behalf of Americans.

Look, when you’re the president, there’s all kinds of things said about us. I mean, it’s just the nature of the job.

People forget… that we structured it so that the government, or the people, would be repaid with a really good rate of return. And as it turns out, that aspect of TARP, that’s what happened.

People make suggestions on what to say all the time. I’ll give you an example; I don’t read what’s handed to me. People say, ‘Here, here’s your speech, or here’s an idea for a speech.’ They’re changed. Trust me.

One of my proudest moments is I didn’t sell my soul for the sake of popularity.

America is the land of the second chance – and when the gates of the prison open, the path ahead should lead to a better life.

If we’re an arrogant nation, they’ll resent us; if we’re a humble nation, but strong, they’ll welcome us.

Freedom itself was attacked this morning by a faceless coward, and freedom will be defended.

Any government that supports, protects or harbors terrorists is complicit in the murder of the innocent and equally guilty of terrorist crimes.

On September 11 2001, America felt its vulnerability even to threats that gather on the other side of the Earth. We resolved then, and we are resolved today, to confront every threat from any source that could bring sudden terror and suffering to America.

After the chaos and carnage of September 11th, it is not enough to serve our enemies with legal papers.

We cannot let terrorists hold this nation hostile or hold our allies hostile.

The men and women of Afghanistan are building a nation that is free, and proud, and fighting terror – and America is honored to be their friend.

The terrorists and their supporters declared war on the United States – and war is what they got.

I sent American troops to Iraq to make its people free, not to make them American. Iraqis will write their own history and find their own way.

I think it’s very important
for the American president to mean what he says. That’s why I understand that the enemy could misread what I say. That’s why I try to be as clearly as I can.

You can fool some of the people all the time, and those are the ones you want to concentrate on.

When I take action, I’m not going to fire a $2 million missile at a $10 empty tent and hit a camel in the butt. It’s going to be decisive.

It’s clearly a budget. It’s got a lot of numbers in it.

I have written a book. This will come as quite a shock to some. They didn’t think I could read, much less write.

I want to thank you for taking time out of your day to come and witness my hanging.

It is clear our nation is reliant upon big foreign oil. More and more of our imports come from overseas.

And the cornerstone of my economic policies, when I first got elected, was cutting taxes on everybody on who paid taxes.

It’s going to be the year of the sharp elbow and the quick tongue.

I believe a marriage is between a man and a woman.

I’m hopeful. I know there is a lot of ambition in Washington, obviously. But I hope the ambitious realize that they are more likely to succeed with success as opposed to failure.

You know what’s interesting about Washington? It’s the kind of place where second-guessing has become second nature.

Chew before you swallow.

It has come to my attention, that air pollution is polluting the air!

In my sentences I go where no man has gone before.

George W. Bush was the president of US for 2 terms. Just 8 months into his first term is when 9/11 happened, which is why we see many of his quotes based on terrorism.