46 Noteworthy Quotes from the Bhagavad Gita That’ll Enlighten You

The Bhagavad Gita is a collection of scriptures that contain the spiritual discourse given by Lord Krishna to Arjuna just before he is to commence battle. The Gita, as it is popularly known, is a part of the Hindu epic, Mahabharata, written by the sage Ved Vyasa. Here are some inspirational quotes from the Gita to help you understand some of the basic principles of life itself. 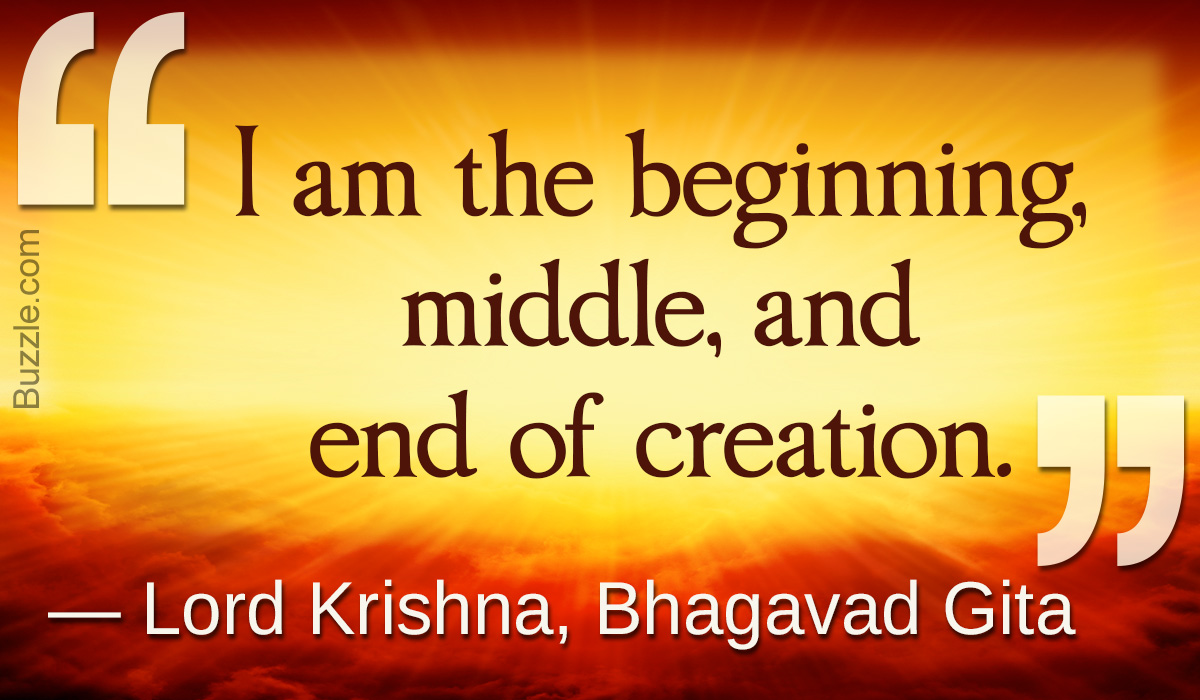 The Bhagavad Gita is a collection of scriptures that contain the spiritual discourse given by Lord Krishna to Arjuna just before he is to commence battle. The Gita, as it is popularly known, is a part of the Hindu epic, Mahabharata, written by the sage Ved Vyasa. Here are some inspirational quotes from the Gita to help you understand some of the basic principles of life itself.

“The Bhagavad-Gita is the most systematic statement of spiritual evolution of endowing value to mankind. It is one of the most clear and comprehensive summaries of perennial philosophy ever revealed; hence its enduring value is subject not only to India but to all of humanity.”
― Aldous Huxley

The Bhagavad Gita literally translates to ‘Song of the Lord’. It is a narrative between the prince of the Pandavas, Arjuna, and his guide and charioteer, Lord Krishna. Here, Krishna is trying to convince Arjuna to fight the righteous war or the Dharma Yuddha between the Kauravas and the Pandavas. He is appealing to him to fulfill his righteous duties as a Kshatriya and fight for the truth and what is right.

Krishna speaks about the concepts of Dharma, Karma, Bhakti, Moksha, and Yoga. He speaks of the meaning of true happiness and wisdom as well as how can one attain it. He also speaks of what is death, and how does one embrace this inevitable truth. He further explains how to overcome sorrows and not be overwhelmed by joy. These words of Krishna form the founding virtues of Hinduism. Through his dialog, He instructs His beings to cut the cord from their materialistic needs and be truly content in life.

The Gita has influenced a few of the most noble minds of history including Mahatma Gandhi, Swami Vivekananda, Rudolph Steiner, Henry David Thoreau, Albert Schweitzer, and so on. Mahatma Gandhi has referred to the book as a spiritual dictionary. Here are some quotes from this scripture to get you inspired.

Quotes from the Bhagavad Gita By Lord Krishna

Quotes by Krishna on Himself

“However men try to reach me, I return their love with my love; whatever path they may travel, it leads to me in the end.”

“I am the beginning, middle, and end of creation.”

“I am death, which overcomes all, and the source of all beings still to be born.”

“Just remember that I am, and that I support the entire cosmos with only a fragment of my being.”

“I am time, the destroyer of all; I have come to consume the world.”

“I am heat; I give and withhold the rain. I am immortality and I am death; I am what is and what is not.”

“My true being is unborn and changeless. I am the Lord who dwells in every creature. Through the power of my own maya, I manifest myself in a finite form.”

“You and I have passed through many births, Arjuna. You have forgotten, but I remember them all.”

“This divine illusion of Mine, caused by the qualities, is hard to pierce; they who come to Me, they cross over this illusion.”

“Whenever dharma declines and the purpose of life is forgotten, I manifest myself on earth. I am born in every age to protect the good, to destroy evil, and to reestablish dharma.”

“That one is dear to me who runs not after the pleasant or away from the painful, grieves not, lusts not, but lets things come and go as they happen.”

“There are three gates to this self-destructive hell: lust, anger, and greed. Renounce these three.”

“Pleasure from the senses seems like nectar at first, but it is bitter as poison in the end.”

“That which seems like poison at first, but tastes like nectar in the end – this is the joy of sattva, born of a mind at peace with itself.”

“Those who cannot renounce attachment to the results of their work are far from the path.”

“Actions do not cling to me because I am not attached to their results. Those who understand this and practice it live in freedom.”

“Calmness, gentleness, silence, self-restraint, and purity: these are the disciplines of the mind.”

“Fill your mind with me; love me; serve me; worship me always. Seeking me in your heart, you will at last be united with me.”

“When one’s mind dwells on the objects of Senses, fondness for them grows on him, from fondness comes desire, from desire anger.”

“They live in wisdom who see themselves in all and all in them, who have renounced every selfish desire and sense-craving tormenting the heart.”

“The ignorant work for their own profit, Arjuna; the wise work for the welfare of the world, without thought for themselves.”

“The offering of wisdom is better than any material offering, Arjuna; for the goal of all work is spiritual wisdom.”

“Even if you were the most sinful of sinners, Arjuna, you could cross beyond all sin by the raft of spiritual wisdom.”

“Those who possess this wisdom have equal regard for all. They see the same Self in a spiritual aspirant and an outcaste, in an elephant, a cow, and a dog.”

“All the scriptures lead to me; I am their author and their wisdom.”

“The immature think that knowledge and action are different, but the wise see them as the same.”

“For the senses wander, and when one lets the mind follow them, it carries wisdom away like a windblown ship on the waters.”

“The peace of God is with them whose mind and soul are in harmony, who are free from desire and wrath, who know their own soul”.

“No one who does good work will ever come to a bad end, either here or in the world to come.”

“The meaning of Karma is in the intention. The intention behind action is what matters. Those who are motivated only by desire for the fruits of action are miserable, for they are constantly anxious about the results of what they do.”

“At the beginning of time I declared two paths for the pure heart: jnana yoga, the contemplative path of spiritual wisdom, and karma yoga, the active path of selfless service.”

“Free from anger and selfish desire, unified in mind, those who follow the path of yoga and realize the Self are established forever in that supreme state.”

“It is better to live your own destiny imperfectly than to live an imitation of somebody else’s life with perfection.”

“The power of God is with you at all times; through the activities of mind, senses, breathing, and emotions; and is constantly doing all the work using you as a mere instrument.”

Quotes on Death and Reincarnation

“The embodied soul is eternal in existence, indestructible, and infinite, only the material body is factually perishable.”

“The wise grieve neither for the living nor for the dead. There was never a time when you and I and all the kings gathered here have not existed and nor will there be a time when we will cease to exist.”

“As the soul experiences in this body childhood, youth, and old age, so also it acquires another body; the sage in this is not deluded.”

“As you put on fresh new clothes and take off those you’ve worn, You’ll replace your body with a fresh one, newly born.”

“Never the spirit was born; the spirit shall cease to be never; Never was time it was not; End and Beginning are dreams! Birthless and deathless and changeless remaineth the spirit forever; Death hath not touched it at all, dead though the house of it seems.”

“Every creature in the universe is subject to rebirth, Arjuna, except the one who is united with me.” 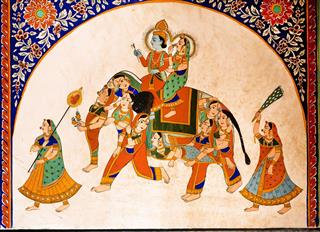 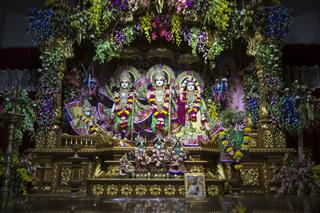