Funny Quotes and Sayings About Beer That Will Uplift Your Spirits

Beer is not for the weak-hearted. The same can be said about the good-humored quotes compiled in this Quotabulary post.

Beer is not for the weak-hearted. The same can be said about the good-humored quotes compiled in this Quotabulary post. 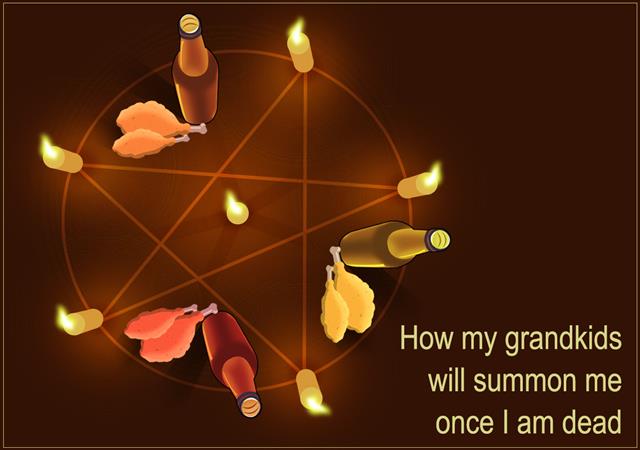 A northeast Buddhist temple in Thailand called Wat Lan Kuad or the “Temple of a Million Bottles” along with other pagodas and buildings in the Wat Pa Maha Chedi Kaew complex are entirely of discarded bottles.

Beer―an elixir to sustain the existence of humankind. Alright, fine; we won’t get too dramatic about our passion for beer and will try to keep it as mellow as possible. So all jokes aside, we truly believe that a perfect brew can set the world straight. It holds the power to give you the strength to love your friends more, and hate your enemies less.

Since the early days of our civilization and throughout history, we have witnessed great minds conjuring wise words of wisdom about the beverage. Let’s take a moment out of our busy schedules and glance through some brilliant works of ‘drink and rejoice’.

It’s a common fact―beer goes with everything. So, why don’t you go grab a pint or bottle, read the following quotes, and relax a little?

“I’ve always believed that paradise will have my favorite beer on tap.”
― Rudyard Wheatley

“Things don’t make me nearly as happy as talking and having a beer with my friends. And that’s something everyone can do.”
― Drew Carey

“Fermentation may have been a better invention than fire.”
― David Rains Wallace

“Give a man a beer, waste an hour. Teach a man to brew, and waste a lifetime!”
― Bill Owen

“He was a wise man who invented beer.”
― Plato

“A bottle of beer contains more philosophy than all the books in the world.”
― Louis Pasteur

“Beer, if drunk in moderation, softens the temper, cheers the spirit and promotes health.”
― Thomas Jefferson

“You can’t be a real country unless you have a beer and an airline – it helps if you have some kind of football team, or some nuclear weapons, but in the very least you need a beer.”
― Frank Zappa

“From man’s sweat and God’s love, beer came into the world.”
― Saint Arnoldus

“Some people wanted champagne and caviar when they should have had beer and hot dogs.”
― Dwight D. Eisenhower

“Why is American beer served cold?
So you can tell it from urine.”
― David Moulton

“Whoever drinks beer, he is quick to sleep; whoever sleeps long, does not sin; whoever does not sin, enters Heaven! Thus, let us drink beer!”
― Martin Luther

“A fine beer may be judged with only one sip, but it’s better to be thoroughly sure.”
― Czech Proverb

“A man who lies about beer makes enemies.”
― Stephen King

“In a study, scientists report that drinking beer can be good for the liver. I’m sorry, did I say ‘scientists’? I meant Irish people.”
― Tina Fey

“Beer, if drunk in moderation, softens the temper, cheers the spirit and promotes health.”
― Thomas Jefferson

“I would kill everyone in this room for a drop of sweet beer.”
― Homer Simpson

“Here’s to long life and a merry one.
A quick death and an easy one.
A pretty girl and an honest one.
A cold beer – and another one!”
― An Irish Toast

“They who drink beer will think beer.”
― Washington Irving

“If you ever reach total enlightenment while drinking beer, I bet it makes beer shoot out your nose.”
― Jack Handy

“As to the way of life of the English, they are somewhat impolite, for they belch at the table without shame. They consume great quantities of beer.”
― Father Etienne Perlin

“There is nothing for a case of nerves like a case of beer.”
― Joan Goldstein

“Beer will always have a definite role in the diet of an individual and can be considered a cog in the wheel of nutritional foods.”
― Bruce Carlton

“Beer makes you feel the way you ought to feel without beer.”
― Henry Lawson

“When I die, I want to decompose in a barrel of porter and have it served in all the pubs in Dublin. I wonder would they know it was me?”
― J. P. Donleavy

“Without question, the greatest invention in the history of mankind is beer. Oh, I grant you that the wheel was also a fine invention, but the wheel does not go nearly as well with pizza.”
― Dave Barry

“There is more to life than beer alone, but beer makes those other things even better.”
― Stephen Morris

“Nothing ever tasted better than a cold beer on a beautiful afternoon with nothing to look forward to than more of the same.”
― Hugh Hood

“I am very picky about my people and my beer.”
― Shelby Lynne

“A meal of bread, cheese and beer constitutes the perfect food.”
― Queen Elizabeth I

“Beer is an improvement on water itself.”
― Grant Johnson

“There is an ancient Celtic axiom that says ‘Good people drink good beer.’ Which is true, then as now. Just look around you in any public barroom and you will quickly see: Bad people drink bad beer. Think about it.”
― Hunter S. Thompson

“Oh, this beer here is cold, cold and hop-bitter, no point coming up for air, gulp, till it’s all-hahhhh.”
― Thomas Pynchon

“Brewers enjoy working to make beer as much as drinking beer instead of working.”
― Harold Rudolph

“I’ve only been in love with a beer bottle and a mirror.”
― Sid Vicious

“I am a firm believer in the people. If given the truth, they can be depended upon to meet any national crisis. The great point is to bring them the real facts, and beer.”
― Abraham Lincoln

“There is no such thing as a bad beer. It’s that some taste better than others.”
― Bill Carter

“This is grain, which any fool can eat, but for which the Lord intended a more divine means of consumption… Beer!”
― Friar Tuck

“Anyone can drink beer, but it takes intelligence to enjoy beer.”
― Stephen Beaumont

“Life, alas, is very drear. Up with the glass! Down with the beer!”
― Louis Untermeyer

“Isn’t beer the holy libation of sincerity? The potion that dispels all hypocrisy, any charade of fine manners? The drink that does nothing worse than incite its fans to urinate in all innocence, to gain weight in all frankness?”
― Milan Kundera

“Most people hate the taste of beer-to begin with. It is, however, a prejudice.”
― Winston Churchill

“Beer’s intellectual. What a shame so many idiots drink it.”
― Ray Bradbury

“Let a man walk ten miles steadily on a hot summer’s day along a dusty English road, and he will soon discover why beer was invented.”
― Gilbert K. Chesterton

“Beer may cause you to digress – and lead a happier life.”
― Michael Jackson

“Milk is for babies. When you grow up you have to drink beer.”
― Arnold Schwarzenegger