Food is essential for survival, and many of us take it extremely seriously. However, this hasn't stopped people to view its funny side, and also appreciate the importance it plays in everyday life. Great minds have added their twisted humor to the world of food and given us the following funny quotes about food and eating.

Food is essential for survival, and many of us take it extremely seriously. However, this hasn’t stopped people to view its funny side, and also appreciate the importance it plays in everyday life. Great minds have added their twisted humor to the world of food and given us the following funny quotes about food and eating.

I went into McDonald’s yesterday and said, “I’d like some fries.” And the girl behind the counter says, “Would you like fries with that?”
Jay Leno

Food involves everything and everyone. It is one of the few elements left in the world that can bond people instantly. It is also one of the prime reasons that people have started knowing and appreciating different cultures so much.

However, food being such an important part of our lives, you can surely come across some great quotes said by writers, comedians, celebrities, and historians. Some of these quotes explain how various foods and eating changed the lives of these people, some display the cultural importance, and some are just plain funny. Food is such a huge and diverse topic that almost everyone has commented on it, and this Quotabulary article talks about some of the most famous sayings about food and eating.

Hilarious Sayings about Food and Eating

Food is an important part of a balanced diet. – Fran Lebowitz

A fruit is a vegetable with looks and money. Plus, if you let fruit rot, it turns into wine, something Brussels sprouts never do. – P. J. O’Rourke

Anybody who believes that the way to a man’s heart is through his stomach flunked geography. – Robert Byrne

I do not like broccoli and I haven’t liked it since I was a little kid and my mother made me eat it. And I’m President of the United States and I’m not going to eat any more broccoli. – George H. W. Bush

To eat is human, to digest, divine. – Mark Twain

First we eat then we do everything else. – M.F.K. Fisher

I want my food dead. Not sick, not dying, dead. – Oscar Wilde

Why does man kill? He kills for food. And not only food: frequently there must be a beverage. – Woody Allen

I love Thanksgiving turkey…it’s the only time in Los Angeles that you see natural breasts. – Arnold Schwarzenegger

Fish is the only food that is considered spoiled once it smells like what it is. – P. J. O’Rourke

After a good dinner one can forgive anybody, even one’s own relatives. – Oscar Wilde

Soup is just a way of screwing you out of a meal. – Jay Leno

Life expectancy would grow by leaps and bounds if green vegetables smelled as good as bacon. – Doug Larson

Great food is like great sex. The more you have the more you want. – Gael Greene

You better cut the pizza in four pieces, because I’m not hungry enough to eat six. – Yogi Berra

Once, during Prohibition, I was forced to live for days on nothing but food and water. – W.C. Fields

Vegetables are a must on a diet. I suggest carrot cake, zucchini bread, and pumpkin pie. – Jim Davis

How can a nation be great if its bread tastes like Kleenex. – Julia Child

Red meat is not bad for you. Now, blue-green meat – that’s bad for you! – Tom Smothers

The most remarkable thing about my mother is that for thirty years she served the family nothing but leftovers. The original meal has never been found. – Calvin Trillin

My mom made two dishes: Take it or Leave it. – Stephen Wright

I’m at the age where food has taken the place of sex. In fact, I just had a mirror put over my kitchen table. – Rodney Dangerfield

Did you ever see the customers in health food stores? They are pale, skinny people who look half-dead. In a steak house, you see robust, ruddy people. They’re dying, of course, but they look terrific. – Bill Cosby

Ask not what you can do for your country. Ask what’s for lunch. – Orson Welles

What I say is that, if a man really likes potatoes, he must be a pretty decent sort of fellow. – A.A. Milne

My doctor told me to stop having intimate dinners for four unless there are three other people. – Orson Welles

Give me liberty or… OOOooo… A jelly donut! – Homer Simpson

We must have a pie. Stress cannot exist in the presence of a pie. – David Mamet

The only time to eat diet food is while you’re waiting for the steak to cook. – Julia Child

So there you have it, from chefs, to writers, to celebrities, to politicians everyone has their own funny take on food and eating. 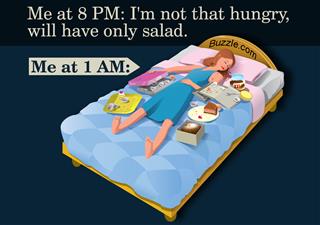 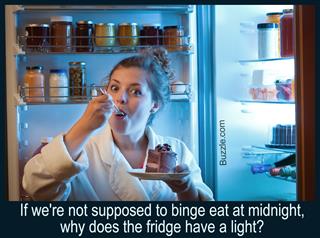 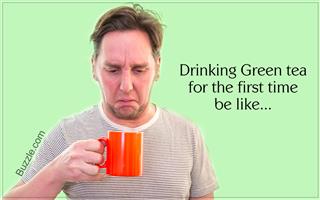