These Comical Quotes on Life Will Tickle Your Funny Bone

Comical quotes will motivate you to look at the brighter and lighter side of your life. After all, all of us deserve a hearty laugh ... more so when we are going through a rough phase in life.

Comical quotes will motivate you to look at the brighter and lighter side of your life. After all, all of us deserve a hearty laugh … more so when we are going through a rough phase in life. 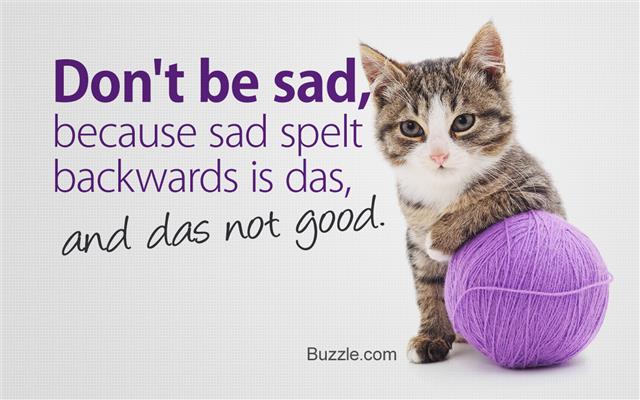 Humor doesn’t just make you laugh; it tends to make you forget your bad times as well.
― Unknown

Everyone has something or the other to say about life. While most people fall short of words, others tend to do it with tremendous ease. Some of them even go a step further and come up with beautiful quotes about life. There are thousands of such quotes, but the one trait which makes some of them stand out is the humor in them.

In fact, the power of humor is best depicted in comical quotes and sayings which highlight the lighter side of several negative aspects of life. Some of these quotes are full of satire, while some bank on wordplay. Nevertheless, all of them have one thing in common: they celebrate life!

Quotes and Sayings About Life

Anyone seen in a bus over the age of 30 has been a failure in life.
― Loelia

Death is life’s way of telling you you’ve been fired.
― R. Geis

Everything is funny as long as it is happening to somebody else.
― Will Rogers

Half our life is spent trying to find something to do with the time we have rushed through life trying to save.
― Will Rogers

I always wait for the Times each morning. I look at the obituary column and if I’m not in it, I go to work.
― A. E. Matthews

Life is just a phase you’re going through … you’ll get over it.
― Unknown

Live every day as if it were your last, because one of these days you will be right.
― Unknown

There are only two tragedies in life: one is not getting what one wants, and the other is getting it.
― Oscar Wilde

There are two different kinds of people in this world: those who finish what they start, and
― Brad Ramsey

Quotes About Men and Women

Behind every successful man there is a surprised woman.
― Maryon Pearson

Never trust a husband too far or a bachelor too near.
― Helen Rowland

One should never trust a woman who tells her real age. If she tells that, she’ll tell anything.
― Oscar Wilde

A woman’s mind is cleaner than a man’s – That’s because she changes it more often.
― Oliver Hereford

All men are not homeless, but some men are home less than others.
― Henry Youngman

Death is a once in a lifetime experience.
― Unknown

Hard work never killed anyone but why take a chance?
― Edgar Bergen

Life is the only thing you can’t get out of alive.
― Unknown

Life is a foreign language; all men mispronounce it.
― Christopher Morley

The best thing about these short quotes is that you can use them wherever you want. You can get them printed on your t-shirts, or even get them tattooed on your body.

These quotes came from some highly creative people in the world, all of who have developed the ability to look at the lighter side of life. They might not have the charm of inspirational quotes, but the right blend of humor and optimism in these quotes means they are bound to bring a smile on your face.