Drop Everything and Read These Clever Sayings About Life

Get an insight of what life is in different perspective with these clever sayings. Read on.

Get an insight of what life is in different perspective with these clever sayings. Read on.

I can’t help but begin with, “life’s disappointments are harder to take when you don’t know any swear words.” a hilarious, yet an honestly said quote from Calvin and Hobbes. Clever sayings about life are lessons learned by fools who rushed in before us.

Take these sayings at their word value as they may seem cynical and preachy. This witty collection of clever sayings on life will show you that ‘life is just one of those things’ as Murphy said!

Life’s biggest question is whether or not you’re happy – not with others, but with yourself. – Anonymous

You can’t dream too much; you can’t do enough to make your dreams come true. – Anonymous

Everyone is entitled to be stupid, but some abuse the privilege. – Anonymous

Going to church doesn’t make you a Christian any more than standing in a garage makes you a car. – Anonymous

You may have genius. The contrary is, of course, probable. – Anonymous

The first step to getting the things you want out of life is this: Decide what you want. – Anonymous

And in the end, it’s not the years in your life that count. It’s the life in your years that matters. – Anonymous

Life is a glitch in the universal program; death is just the programmer’s way of debugging. – Anonymous

The light at the end of the tunnel is the headlight of the oncoming train. – Anonymous

People who think they know what they’re doing are especially annoying to those of us who do. – Anonymous

I should have known better; every happy moment in my life came from lying. – Anonymous

Confidence is the feeling you have before you understand the situation. – Anonymous

Every artist was first an amateur – Ralph Waldo Emerson

The more difficulties one has to encounter, within and without, the more significant and the higher in inspiration his life will be – Horace Bushnell

True luck consists not in holding the best of the cards at the table; luckiest is he who knows just when to rise and go home. – John Hay

Life ought to be a struggle of desire toward adventures whose nobility will fertilize the soul. – Rebecca West

Courage is doing what you’re afraid to do. There can be no courage unless you’re scared. – Eddie Rickenbacker

Make no little plans; they have no magic to stir men’s blood…Make big plans, aim high in hope and work. – Daniel H. Burnham

The greatest mistake you can make in life is to be continually fearing you will make one. – Elbert Hubbard

There art two cardinal sins from which all others spring: Impatience and Laziness. – Franz Kafka

These are my personal favorites. They are the lines from the ultimate Calvin and Hobbes, a sardonic comic about life, learning and loving. These clever quotes about life say a lot if you can read between the lines.

You can’t just turn on creativity like a faucet. You have to be in the right mood.
-What mood is that?
-Last-minute panic. – Calvin and Hobbes

Sometimes I think the surest sign that intelligent life exists elsewhere in the universe is that none of it has tried to contact us. – Calvin and Hobbes

Well, remember what you said, because in a day or two, I’ll have a witty and blistering retort! You’ll be devastated THEN! – Calvin and Hobbes

Careful. We don’t want to learn from this. – Calvin and Hobbes (by far, the best one!)

Don’t walk away! I’m trying to apologize you dumb noodleloaf! – Calvin and Hobbes

History is the fiction we invent to persuade ourselves that events are knowable and that life has order and direction. – Calvin and Hobbes

Do you think there is a God? … Well, somebody’s out to get me. – Calvin and Hobbes

Life is like topography, Hobbes. There are summits of happiness and success, flat stretches of boring routine, and valleys of frustration and failure. – Calvin and Hobbes (You bet!)

I hope, these sayings on life have got you thinking. At the end, life is a scoop of happiness, topped with a dollop of challenges and to be eaten with a pinch of salt. Love life and live it the king’s size! 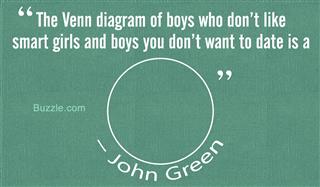 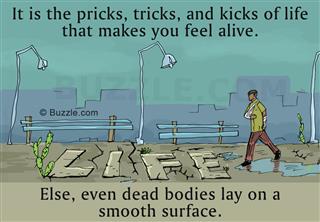 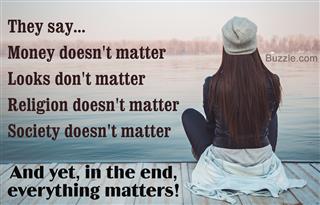 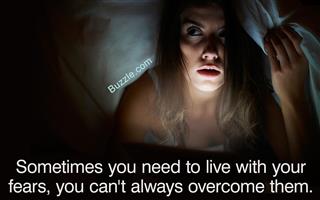 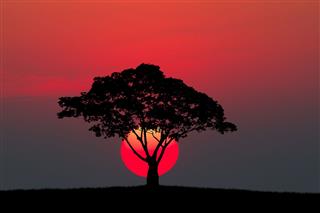 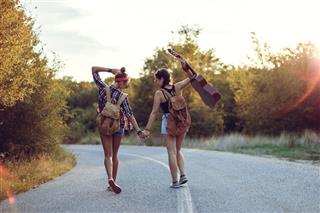