If you are in a state of regret at having caused someone trouble or pain, remember that you must definitely apologize. If you are unable to form a good apology, look up for some apology quotes; they'll help you apologize.

If you are in a state of regret at having caused someone trouble or pain, remember that you must definitely apologize. If you are unable to form a good apology, look up for some apology quotes; they’ll help you apologize. 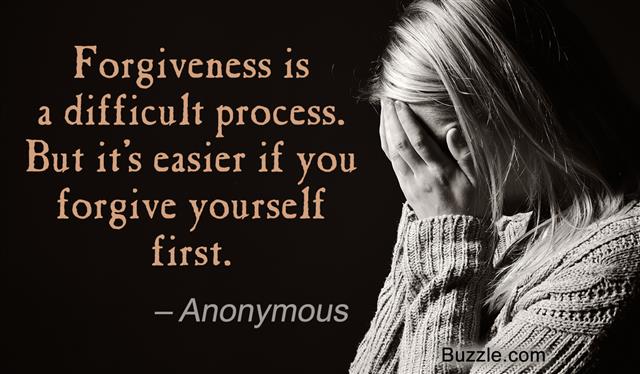 Life becomes easier when you learn to accept an apology you never got.
―Robert Brault

All of us, no matter how old we are, or how much experience we have amassed in life, when it comes to apologies, everyone has a hard time. If we are in the wrong, we feel trapped and bound, we wish we could undo the hurt, and go back to how things were earlier. But it doesn’t get any easier for the person who was wronged either. It is equally difficult to accept someone’s apology and move on, as once the bond of trust breaks, it takes a long time to heal but is never the same again. But if the relationship means a lot, you will make an effort to hear the other person out, irrespective of who was at fault. Only through discussion can any issue be resolved amicably, so that the whole process of apologizing and the acceptance of that apology becomes easier for everyone involved.

In this world, that is hostile and filled with cut-throat competition, one must have a group of people by their side, to help you navigate through the labyrinth that is human interaction and emotions, in order to have not only a successful, but also a fulfilling and enriched life.

It is always so simple, and so complicating, to accept an apology.
― Michael Chabon

Never ruin an apology with an excuse.
― Benjamin Franklin

Saying ‘I’m sorry’ is saying ‘I love you’ with a wounded heart in one hand and your smothered pride in the other.
― Richelle E. Goodrich

An apology is the super glue of life. It can repair just about anything.
― Lynn Johnston

Actions speak louder than words. We can apologize over and over, but if our actions don’t change, the words become meaningless.
― Anonymous

Forgive and forget. Not revenge and regret.
― Anonymous

You can always say sorry but the real apology is when you hear the sadness in their voice and see the look in their eyes. And you realize that they have hurt themselves just as much.
― Kid Cudi

It takes a great deal of character strength to apologize quickly out of one’s heart rather than out of pity. A person must possess himself and have a deep sense of security in fundamental principles and values in order to genuinely apologize.
― Stephen Covey

Never believe you’re so great or important, so right or proud, that you cannot kneel at the feet of someone you hurt and offer a humble, sincere apology.
― Richelle E. Goodrich

Apologizing does not always mean that you are wrong and the other person is right. It just means that you value your relationship more than your ego.
― Anonymous

Forgiveness does not change the past, but it does enlarge the future.
― Paul Boese

A truly humble apology works to part storm clouds, calm rough seas, and bring on the soft lights of dawn; it has the power to change a person’s world.
― Richelle E. Goodrich

Life is too short, laugh when you can, apologize when you should, and let go of the things you can’t change.
― Anonymous

When you forgive, you free your soul. But when you say I’m sorry, you free two souls.
― Donald L. Hicks

The weak can never forgive. Forgiveness is the attribute of the strong.
― Mahatma Gandhi

Always forgive your enemies – Nothing annoys them so much.
― Oscar Wilde

Apology is a lovely perfume; it can transform the clumsiest moment into a gracious gift.
― Margaret Lee Runbeck

In this life, when you deny someone an apology, you will remember it at time you beg forgiveness.
― Toba Beta

Keep your words soft and tender because tomorrow you may have to eat them.
― Anonymous

The only correct actions are those that demand no explanation and no apology.
― Red Auerbach

An apology given just to appease one’s conscience is self-serving and better left unspoken!
― Evinda Lepins

I ask for your forgiveness. I feel so miserable that it’s difficult even to say sorry.
― Hwang Woo Suk

The stupid neither forgive nor forget; the naive forgive and forget; the wise forgive but do not forget.
― Thomas Stephen Szasz

It takes a strong person to say sorry, and an ever stronger person to forgive.
― Anonymous

Resentment is like taking poison, and waiting for the other person to die.
― Malachy McCourt

These quotes may inspire you to let go of your ego and apologize for a better and brighter tomorrow. Dr Phil says that when we forgive people, we are setting not them but ourselves free.

I would like to end this article with my favorite quote taken from the Holy Bible (Colossians 3:13),

“Bear with each other and forgive one another if any of you has a grievance against someone. Forgive as the Lord forgave you