Mothers make a man out of a boy, while sons always want to retain their boyhood in front of their mothers. A mother's bonding with her son is, thus, very lovely and special. We present some beautiful quotes about the mother-son relationship.

Mothers make a man out of a boy, while sons always want to retain their boyhood in front of their mothers. A mother’s bonding with her son is, thus, very lovely and special. We present some beautiful quotes about the mother-son relationship. 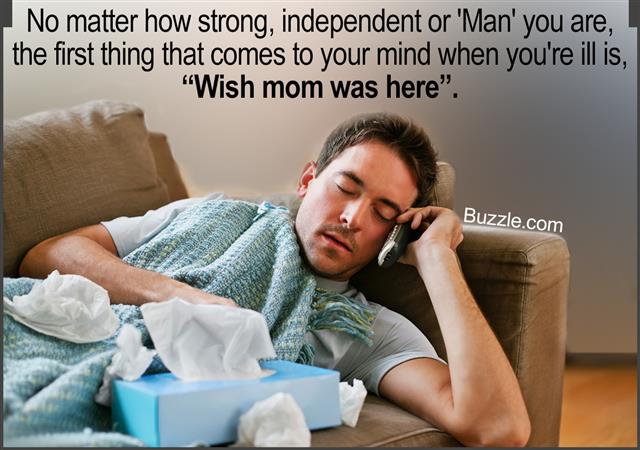 The mother is a very special and important woman in a man’s life. She is the first woman who symbolizes unconditional love to him. To a mother, her son is the boy who completes her womanhood. She is the star of her son’s boyhood days. She also wants to give the best of the world to him. He, on his part, always wants to make her proud by doing wonderful things. He forgets all his worries by just resting his head on his mother’s lap. Thus, a mother-son relationship is a dynamic one with both becoming more robust and richer.

Great mothers have produced great sons. All the great men in history credit their success to the upbringing that their mothers gave them. In this article, we bring you some cute, heartwarming, and inspirational quotes about the mother-son relationship. We also quote some references from the Bible that speak about this bond.

– Men are what their mothers made them. ― Ralph Waldo Emerson

– All that I am, or hope to be, I owe to my angel mother. ― Abraham Lincoln

– A mother is the truest friend we have, when trials, heavy and sudden, fall upon us; when adversity takes the place of prosperity; when friends who rejoice with us in our sunshine, desert us when troubles thicken around us, still will she cling to us, and endeavor by her kind precepts and counsels to dissipate the clouds of darkness, and cause peace to return to our hearts. ― Washington Irving

– Mothers see the angel in us because the angel is there. If it’s shown to the mother, the son has got an angel to show, hasn’t he? When a son cuts somebody’s throat the mother only sees it’s possible for a misguided angel to act like a devil – and she’s entirely right about that! ― Booth Tarkington, The Magnificent Ambersons

– Mothers are inscrutable beings to their sons, always. ― A.E. Coppard, Dusky Ruth: And Other Stories

– Her family had of late been exceedingly fluctuating. For many years of her life she had had two sons; but the crime and annihilation of Edward a few weeks ago, had robbed her of one; the similar annihilation of Robert had left her for a fortnight without any; and now, by the resurrection of Edward, she had one again. ― Jane Austen, Sense and Sensibility

– But sons have to be soldiers. And soldiers adapt. ― Alex Irvine, Supernatural: John Winchester’s Journal

– There has never been, nor will there ever be, anything quite so special as the love between the mother and a son. ― Author Unknown

– … there had been the two little boys. Now they were gone, too. They loved her and called her and sent her e-mails and would still snuggle up to her to be petted when they were in the mood, but they were men, and though they would always be at the center of her life, she was no longer at the center of theirs. ― Cathleen Schine, The Three Weissmanns of Westport

– A mother’s arms are made of tenderness and children sleep soundly in them. ― Victor Hugo

– Giving your son a skill is better than giving him one thousand pieces of gold. ― Chinese Proverb

– Little boy, you remind me how so much depends on days made of now. ― Allison McGhee, Little Boy

– Moms are as relentless as the tides. They don’t just drive us to practice, they drive us to greatness. ― Steve Rushin

– My daughter and two sons are the flowers in my heart and garden. ― Ana Monnar

– Mothers yielding Bibles, contemplating smearing the blood of lamb chops over her doorway. Anything to keep her son alive another day. ― Antonia Perdu

– … and she loved a little boy very, very much―even more than she loved herself. ― Shel Silverstein, The Giving Tree

– So there’s this boy. He kinda stole my heart. He calls me ‘mom’. ― Author Unknown

– We’ve begun to raise daughters more like sons … but few have the courage to raise our sons more like our daughters. ― Gloria Steinem

– Let France have good mothers, and she will have good sons. ― Napoleon Bonaparte

– Be careful to leave your sons well instructed rather than rich, for the hopes of the instructed are better than the wealth of the ignorant. ― Epictetus

– When Jack Burns needed to hold his mother’s hand, his fingers could see in the dark. ― John Irving, Until I Find You

– If a man has been his mother’s undisputed darling he retains throughout life the triumphant feeling, the confidence in success, which not seldom brings actual success along with it. ― Sigmund Freud

– You may have tangible wealth untold;
Caskets of jewels and coffers of gold.
Richer than I you can never be
I had a mother who read to me. ― Strickland Gillilan

– For a short while, our mothers’ bodies are the boundaries and personal geography which are all that we know of the world. Once we no longer live beneath our mother’s heart, it’s the earth with which we form the same dependent relationship. ― Louise Erdrich

– I find, by close observation, that the mothers are the levers which move in education. The men talk about it . . . but the women work most for it. ― Frances Watkins Harper

– No delusion is greater than the notion that method and industry can make up for lack of mother-wit, either in science or in practical life. ― Thomas Huxley

– Every mother hopes that her daughter will marry a better man than she did, and is convinced that her son will never find a wife as good as his father did. ― Martin Andersen Nexø

– I remember my mother’s prayers and they have always followed me. They have clung to me all my life. ― Abraham Lincoln

– Some mothers are kissing mothers and some are scolding mothers, but it is love just the same, and most mothers kiss and scold together. ― Pearl S. Buck

– The heart of a mother is a deep abyss at the bottom of which you will always find forgiveness. ― Honoré de Balzac

– A boy’s best friend is his mother. ― Author Unknown

– A man loves his sweetheart the most, his wife the best, but his mother the longest. ― Irish Proverb

Mother-Son Quotes from the Bible

– When Jesus therefore saw his mother, and the disciple standing by, whom he loved, he saith unto his mother, Woman, behold thy son!
Then saith he to the disciple, Behold thy mother! And from that hour that disciple took her unto his own [home]. ― John 19:26-27

– And when they saw him, they were amazed: and his mother said unto him, Son, why hast thou thus dealt with us? behold, thy father and I have sought thee sorrowing.
And he said unto them, How is it that ye sought me? wist ye not that I must be about my Father’s business?
And they understood not the saying which he spake unto them.― Luke 2:48-50

– And Simeon blessed them, and said unto Mary his mother, Behold, this [child] is set for the fall and rising again of many in Israel; and for a sign which shall be spoken against.― Luke 2:3-4

– And the multitude sat about him, and they said unto him, Behold, thy mother and thy brethren without seek for thee.
And he answered them, saying, Who is my mother, or my brethren?
And he looked round about on them which sat about him, and said, Behold my mother and my brethren!
For whosoever shall do the will of God, the same is my brother, and my sister, and mother. ― Mark 3:32-35 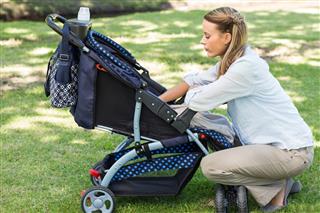 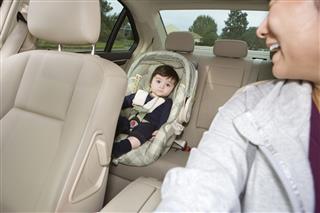 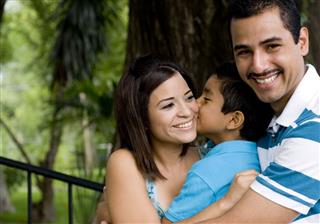 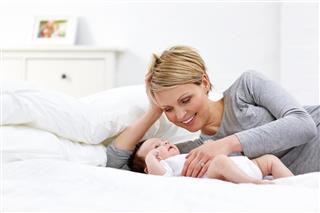 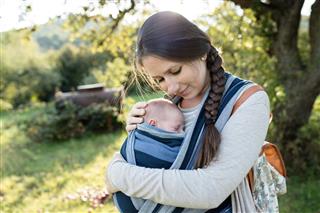 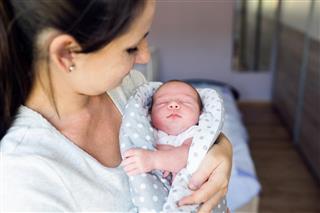 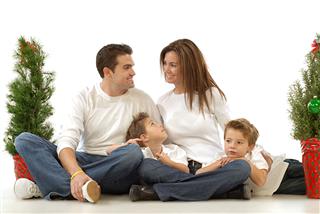 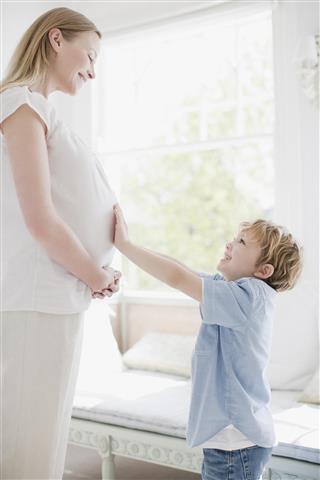 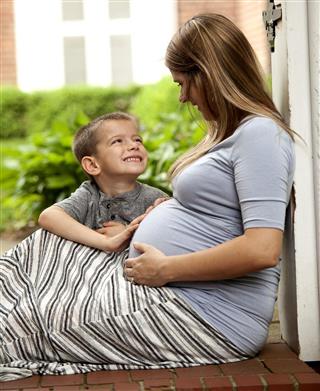