50 Poignant and Thought-provoking Quotes About War You Must Read

This Quotabulary article highlights some of the most inspirational quotes about war, and the effects of the same. Continue reading for a great compilation of the best thought-provoking war quotes.

This Quotabulary article highlights some of the most inspirational quotes about war, and the effects of the same. Continue reading for a great compilation of the best thought-provoking war quotes. 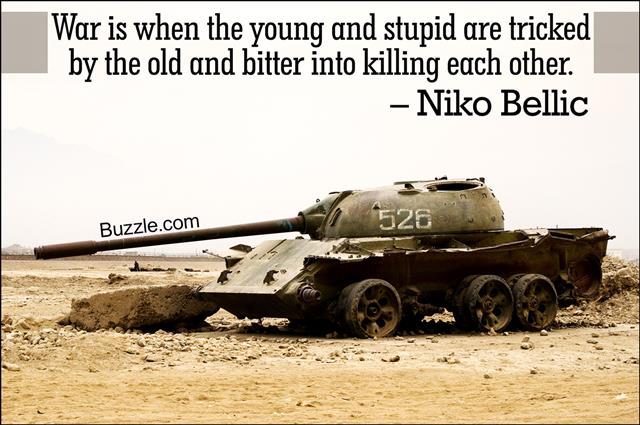 “Fighting for peace, is like f***ing for chastity.”
― Stephen King

That war is never good, of that we all know. It destroys the very base of humanity; and yet, countries go to war. They fight over invisible borders and materialistic values, they fight over things that should not matter, over an Earth that they don’t love as their own. They fight the rich man’s war, to appease his hunger for power and money, and they destroy generations and generations of values and culture. They sow the seeds of mistrust and insecurity, and make a mockery of the term human rights. And yet, there is war. And there is constant, unrelenting fear.

Several prolific authors, poets, and other learned people have tackled the subject of war in their works. While some approach it in a direct, hard-hitting manner, others use a more subtle, sarcastic, and sometimes, even funny style to portray the many facets and effects of war. In this Quotabulary article, we bring to you a compiled list of thought-provoking quotes about war that will serve as eye openers on what war really is.

“War is what happens when language fails.”

“Only the dead have seen the end of war.”

“Never think that war, no matter how necessary, nor how justified, is not a crime.”

“What difference does it make to the dead, the orphans and the homeless, whether the mad destruction is wrought under the name of totalitarianism or in the holy name of liberty or democracy?”

“War does not determine who is right – only who is left.”

“All war is a symptom of man’s failure as a thinking animal.”

“It is forbidden to kill; therefore all murderers are punished unless they kill in large numbers and to the sound of trumpets.”

“There is no flag large enough to cover the shame of killing innocent people.”

“When the rich wage war it’s the poor who die.”

“Older men declare war. But it is youth that must fight and die.”

“How is it possible to have a civil war?”

“How can you have a war on terrorism when war itself is terrorism?”

“Wars are poor chisels for carving out peaceful tomorrows.”

“The world is full enough of hurts and mischances without wars to multiply them.”

“Religion isn’t the cause of wars, it’s the excuse.”

“Men make war to get attention. All killing is an expression of self-hate.”

“It doesn’t make a damned bit of difference who wins the war to someone who’s dead.”

“There is a savage beast in every man, and when you hand that man a sword or spear and send him forth to war, the beast stirs.”

“I’m fed up to the ears with old men dreaming up wars for young men to die in.”

“I dream of giving birth to a child who will ask, Mother, what was war?”

“”It is well that war is so terrible, or we should grow too fond of it.”

“Frankly, our ancestors don’t seem much to brag about. I mean, look at the state they left us in, with the wars, the broken planet. Clearly, they didn’t care about what would happen to the people who came after them.”

“One day President Roosevelt told me that he was asking publicly for suggestions about what the war should be called. I said at once ‘The Unnecessary War’.”

“‘Peace?’ said Vetinari. ‘Ah, yes, defined as period of time to allow for preparation for the next war.”

“Have we raised the threshold of horror so high that nothing short of a nuclear strike qualifies as a ‘real’ war? Are we to spend the rest of our lives in this state of high alert with guns pointed at each other’s heads and fingers trembling on the trigger?”

“They won the war but lost the peace.”

“Once you hear the details of victory, it is hard to distinguish it from a defeat.”

“…the object of waging a war is always to be in a better position in which to wage another war.”

“How much energy they put into harming each other. How little into saving.”

“No soldier ever really survives a war.”

“These men are worth your tears. You are not worth their merriment.”

“You don’t spread democracy with a barrel of a gun.”

“A bad peace is worse than war.”

“You can’t hammer in a nail with words…”
“No, but you can start a war with them.”

“Well, politics is war, and in war, truth is the first casualty.”

“War grows out of desire of the individual to gain advantage at the expense of his fellow man.”

“The folly of war is that it can have no natural end except in the extinction an entire people.”

“There is only one way to win a war which has begun: To stop it immediately; that is the way!”

“War is merely the continuation of politics by other means.”

“”You must learn to end the wars in your world by ending them in your minds.”

“God created war so that Americans would learn geography.”

“We are going to have peace even if we have to fight for it.”

“I would rather make love than war, but only because condoms kill millions of lives more enjoyably.”

“This film cost $31 million. With that kind of money I could have invaded some country.”

“I’d start a war just to illustrate the value of peace.”

“No two countries that both had McDonald’s had fought a war against each other since each got its McDonald’s.”

A peruse through these quotes will have given you an idea of just how utterly pointless and painful war is, and reinforced the fact that war is never the answer, the question is irrelevant. 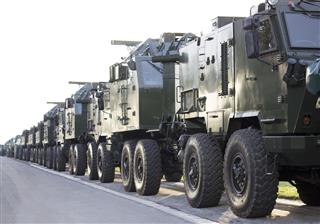 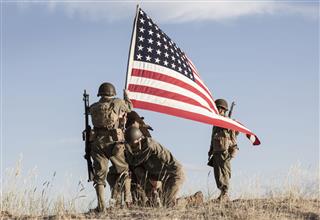 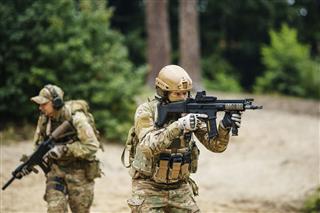 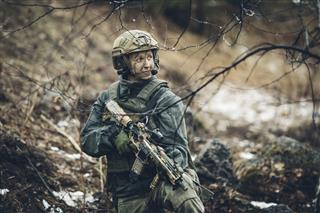 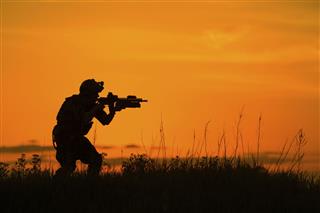 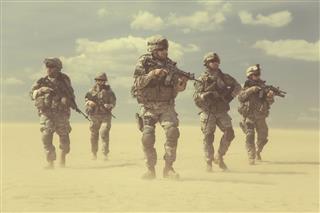 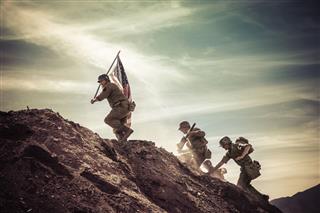 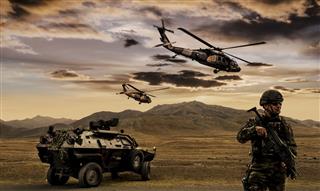 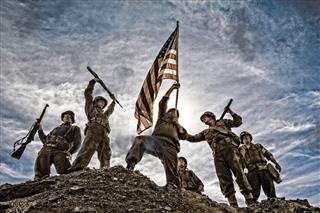 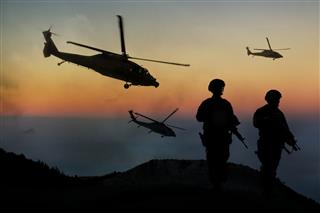