Most Uplifting Starting Over Quotes You’ll Ever Read

It requires courage to not to let go, but, start over again to succeed in life. There are some motivational quotes that inspire us to gather ourselves, and go for the new venture with zeal and enthusiasm. They also help us in facing new challenges and situations with an ardor.

It requires courage to not to let go, but, start over again to succeed in life. There are some motivational quotes that inspire us to gather ourselves, and go for the new venture with zeal and enthusiasm. They also help us in facing new challenges and situations with an ardor. 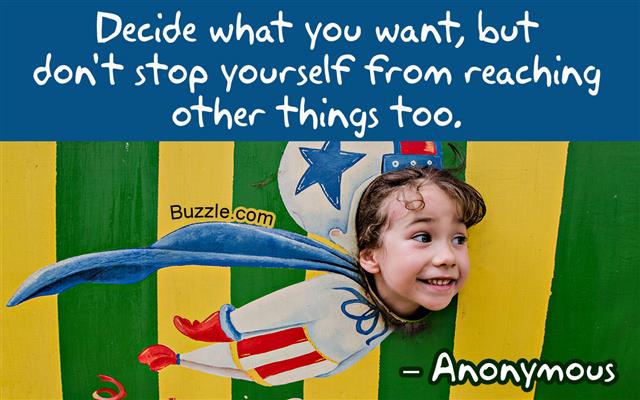 Life is full of unexpected and unexplained things and situations. We may experience failure and depression. We may come across times when we have to let go, although reluctantly. At these moments of life, hope and motivation are the only things that can help us out of it. Here are some quotes that will be helpful to you, when faced with a similar situation.

Inspirational Quotes for a New Beginning

It is impossible to live without failing at something, unless you live so cautiously that you might as well not have lived at all, in which case you have failed by default.
– J. K. Rowling

Whatever you can do, or dream you can, begin it. Boldness has genius, power and magic in it, begin it now.
– Johann Wolfgang von Goethe

Arriving at one goal is the starting point to another.
– John Dewey

Don’t be discouraged. It’s often the last key in the bunch that opens the lock.
– Anonymous

Don’t look where you fall, but where you slipped.
– African Proverb

You are never too old to set another goal or to dream a new dream.
– C. S. Lewis

The world is round and the place which may seem like the end may also be the beginning.
– Ivy Baker Priest

Therefore do not worry about tomorrow, for tomorrow will worry about itself. Each day has enough trouble of its own.
– Mathew 6:34

Success consists of going from failure to failure without loss of enthusiasm.
– Winston Churchill

The secret to a rich life is to have more beginnings than endings.
– Dave Weinbaum

No yesterdays are ever wasted for those who give themselves to today.
– Brendan Francis

Desire is the starting point of all achievement, not a hope, not a wish, but a keen pulsating desire which transcends everything.
– Napoleon Hill

There are two mistakes one can make along the road to truth… not going all the way, and not starting.
– Buddha

An optimist stays up until midnight to see the new year in. A pessimist stays up to make sure the old year leaves.
– Bill Vaughan

When the world says, “Give up,” Hope whispers, “Try it one more time”.
– Anonymous

Don’t cry because it’s over, smile because it happened.
– Dr. Seuss

All great deeds and all great thoughts have a ridiculous beginning.
– Albert Camus

Courage is the power to let go of the familiar.
– Raymond Lindquist

Discontent is the first necessity of progress.
– Thomas Edison

We must be willing to let go of the life we have planned, so as to have the life that is waiting for us.
– E.M. Forster

I hope these inspirational quotes and sayings have motivated you for any kind of beginning, be it in your personal or professional life. Good luck!