Tremendously Funny Soccer Quotes That Will Make You Chuckle Hard

Almost all of us idolize some or the other soccer player, whether he is the star of his national team or the most prolific goal scorer of his club. But there are also some interesting things that these stars say off the field, which may turn out unintentionally funny!

Almost all of us idolize some or the other soccer player, whether he is the star of his national team or the most prolific goal scorer of his club. But there are also some interesting things that these stars say off the field, which may turn out unintentionally funny!

Soccer is the most widely played, watched, and followed sport in the world, with a fan base touching 3.5 billion. In 1872, England and Scotland had the privilege of clashing in the first ever international fixture. This match was witnessed by a little less than five thousand spectators, and ended in a draw.

With such a huge fan base, it amounts to every alternate person on this planet being a football fan. That’s a hell of a lot. And surely, everyone has a past and present player that they idolize. But these idols are human too, and sometimes they say things that are actually quite funny. Here are some of the best from the rest.

Many people think that footballers are intellectually challenged, what with all the heads colliding with the ball and other heads and all. I would beg to differ, but it’s hard to do so when some famous football personalities make such kinds of ridiculous statements. Have a look.

We lost because we didn’t win. ―Ronaldo.

We didn’t underestimate them. They were a lot better than we thought. ―Sir Bobby Robson.

To play Holland, you have to play the Dutch. ―Ruud Gullit.

Julian Dicks is everywhere. It’s like they have eleven Dicks on the field. ―A commentator on Metro Radio.

Diego Maradona – a flawed genius, who has now become a genius who is flawed. ―Bob Wilson.

Oh, he had an eternity to play that ball, but he took too long over it. ―Martin Tyler.

We go into the second half with United 1-0 up, so the game is perfectly balanced. ―Peter Jones.

Well actually we got the winner up there with three minutes to go, but then they equalized. ―Ian McNail.

It will be a shame if either side lose, and that applies to both sides. ―Jock Brown.

It will be a shame if either side lose, and that applies to both sides. ―Jock Brown.

Well Kerry, you’re 19 and you’re a lot older than a lot of people younger than yourself. ―Mike Gray.

Who ever wins today will win the championship no matter who wins. ―Denis Law.

Football is a game of skill, we kicked them a bit and they kicked us a bit. ―Graham Roberts.

I am a firm believer that if you score one goal the other team have to score two to win. ―Howard Wilkinson.

Wilkins sends an inch perfect pass to no one in particular. ―Byron Butler.

Most of the people who can remember when we were a great club are dead. ―Notts County chairman.

Football is a game in which a handful of fit men run around for one and a half hours watched by millions of people who could really use the exercise. ―Anonymous.

He (David Beckham) cannot kick with his left foot, he cannot head a ball, he cannot tackle and he doesn’t score many goals. Apart from that he’s all right. ―George Best.

When I first met him (David Beckham), I didn’t know whether to shake his hand or lick his face. ―Robbie Williams.

It was like being in a foreign country. ―Ian Rush, on the difficulties of adjusting to playing football and living in Italy.

Chile have three options. They could win or they could lose. ―Kevin Keegan.

The Germans only have one player under 22, and he’s 23. ―Kevin Keegan.

I would not be bothered if we lost every game, as long as we won the league. ―Mark Viduka.

David Beckham is one of the finest players that England produced. He also played for Manchester United and Real Madrid, besides other clubs. But he also off and on said things that were pretty amusing. Here are some of them.

Is the Pope Catholic. No I’m serious. I really need to know.

Well, I can play in the center, on the right and occasionally on the left side. ―After being asked if he is ‘volatile’. He obviously thought he heard ‘versatile’.

My parents have been there for me, ever since I was about 7.

I wasn’t as fit as I would of liked to have been, going to the World Cup, but I’m not sure what difference that made.

We’re definitely going to get Brooklyn christened, but we don’t know into which religion.

Pele was a complete player. I didn’t see him live, obviously, because I wasn’t born.

Some people think that I haven’t got the brains to be that clever.

Well, I can play in the centre, on the right and occasionally on the left side.

That was in the past – we’re in the future now.

I can confirm that’s my bum.

Ron Atkinson was a famous English player and manager, and is now a well respected football pundit. But a large number of his comments have left many people puzzled at times, regarding his sanity. He has a vast collection of pretty amusing quotes, that a whole section had to be dedicated solely to him. His sayings are also famously referred to as ‘Big-Ronisms’, or ‘Ronglish’.

Nil-nil is a big score.

Well, Clive, it’s all about the two M’s – movement and positioning.

The keeper was unsighted – he still didn’t see it.

Well, either side could win it, or it could be a draw.

Moreano thought that the full back was gonna come up behind and give him one really hard.

I would not say that he is the best left winger in the Premiership, but there are none better.

The Spaniards have been reduced to aiming aimless balls into the box.

I never comment on referees, and I’m not gonna break the habit of a lifetime for that prat.

So these were some of the funniest quotes about soccer, that should keep you smiling for some time. If you have any others which are worth a mention, feel free to drop them into the comments section below, so we can all continue laughing for some more time. 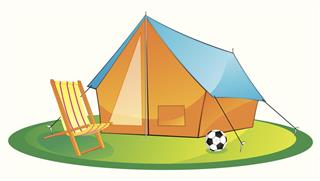 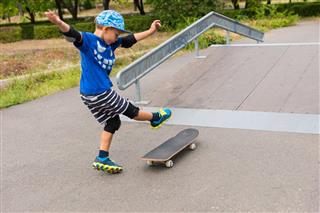