Whether we admit it or not, we all believe in magic. We may have become slaves of the daily grind of our life but a part within us wants to emancipate itself from it and hopes for something magical to happen. We bring to you 35 wonderful quotes that will restore your hope in magic.

Whether we admit it or not, we all believe in magic. We may have become slaves of the daily grind of our life but a part within us wants to emancipate itself from it and hopes for something magical to happen. We bring to you 35 wonderful quotes that will restore your hope in magic. 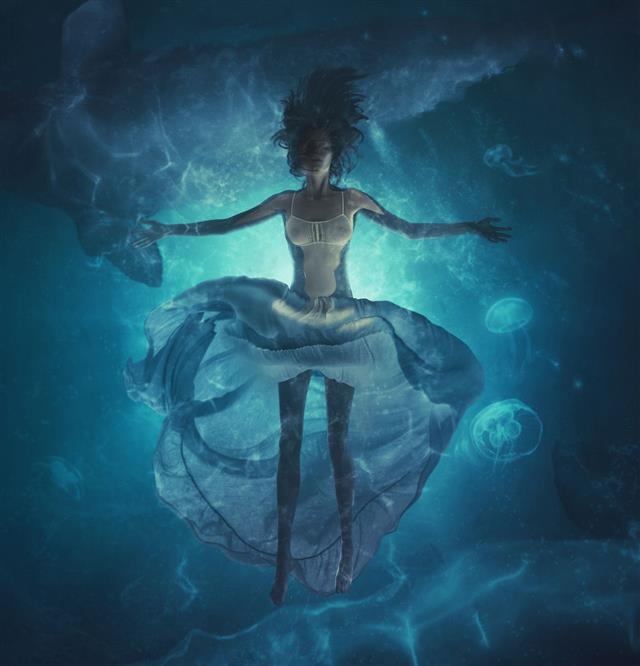 I hark back to the times when I cradled the belief that there was magic. My fertile childhood imagination allowed me to believe that fairies, talking cats, Harry Potter, and Narnia, all really existed, and I hoped to be a part of that magical world.
As I grew old and the world of reality started seeping its way into my conscious, my imagined world that seemed so real slowly began to ebb away. In this world, there were no pretty fairies, no wizards, or no loyal Narnians. Those wonderful magical memories had to be locked in a casket and buried in the deep catacombs of my mind.
But there is magic. While I had allowed myself to be vanquished by the daily grind and mundaneness of life, the casket that housed my magical memories was totally forgotten about. However, one day, the casket trembled uncontrollably and finally burst open its rich contents into my existence. That was when I found my magic―writing.

❝Words and magic were in the beginning one and the same thing, and even today words retain much of their magical power.❞
― Sigmund Freud

Magic is believing in yourself, if you can do that, you can make anything happen.❞
― Johann Wolfgang von Goethe

❝If you see the magic in a fairy tale, you can face the future.❞
― Danielle Steel

❝Magic is not a practice. It is a living, breathing web of energy that, with our permission, can encase our every action.❞
― Dorothy Morrison

❝There is no surprise more magical than the surprise of being loved. It is God’s finger on man’s shoulder.❞
― Charles Morgan

❝Art is magic delivered from the lie of being truth.❞
― Theodor Adorno

❝That’s the thing with magic. You’ve got to know it’s still here, all around us, or it just stays invisible for you.❞
― Charles de Lint

❝There is a real magic in enthusiasm. It spells the difference between mediocrity and accomplishment.❞
― Norman Vincent Peale

❝There is a magic in that little world, home; it is a mystic circle that surrounds comforts and virtues never known beyond its hallowed limits.❞
― Robert Southey

❝Logic only gives man what he needs… Magic gives him what he wants.❞
― Tom Robbins

❝Poetry is a kind of magic that very few can create and even fewer can truly understand and appreciate in all its glory.❞
― Dennis Gabor

❝A great attitude does much more than turn on the lights in our worlds; it seems to magically connect us to all sorts of serendipitous opportunities that were somehow absent before the change.❞
― Earl Nightingale

❝Sometimes happiness is a blessing, but generally it is a conquest. Each day’s magic moment helps.❞
― Paulo Coelho

❝The screen is a magic medium. It has such power that it can retain interest as it conveys emotions and moods that no other art form can hope to tackle.❞
― Stanley Kubrick

❝It’s not sometimes realistic to think that something magical can happen, but I think I look for the magic.❞
― Sherilyn Fenn

❝There’s something magical about putting yourself into life. You’ve got to stand up and take responsibility for your own life and you cannot abandon that.❞
― Bill Kurtis

❝A piece of writing is like a piece of magic. You create something out of nothing.❞
― Susanna Clarke

❝Harry Potter has been a fantastic experience and the fact it has made stars of us all is unbelievable at times – it really is magic of a sort.❞
―Rupert Grint

❝Style is a magic wand, and turns everything to gold that it touches❞
― Logan Pearsall Smith

❝The great leaders are like the best conductors – they reach beyond the notes to reach the magic in the players.❞
― Blaine Lee

❝One man’s ‘magic’ is another man’s engineering. ‘Supernatural’ is a null word.❞
― Robert A. Heinlein

❝All good work has magic in it, and addresses the mind in a subtle way.❞
― Duane Michals

❝Whatever you think you can do or believe you can do, begin it. Action has magic, grace and power in it.❞
― Johann Wolfgang von Goethe

❝Disbelief in magic can force a poor soul into believing in government and business.❞
― Tom Robbins

❝The magician and the politician have much in common: they both have to draw our attention away from what they are really doing.❞
― Ben Okri

❝Courage and perseverance have a magical talisman, before which difficulties disappear and obstacles vanish into air.❞
― John Quincy Adams

You too can find magic in your life, just look deeply within yourself, and you will find that one thing that will elevate you and vaporize your worries, like magic.