45 Irrevocably Enchanting Quotes About the Beauty of Clouds

Clouds are something we are so familiar with, that we hardly pay attention to them. Or are you among those who can spend hours watching them? In their different shapes and colors, they look, yes, beautiful. Quotabulary has compiled some quotes about the beauty of clouds.

Clouds are something we are so familiar with, that we hardly pay attention to them. Or are you among those who can spend hours watching them? In their different shapes and colors, they look, yes, beautiful. Quotabulary has compiled some quotes about the beauty of clouds. 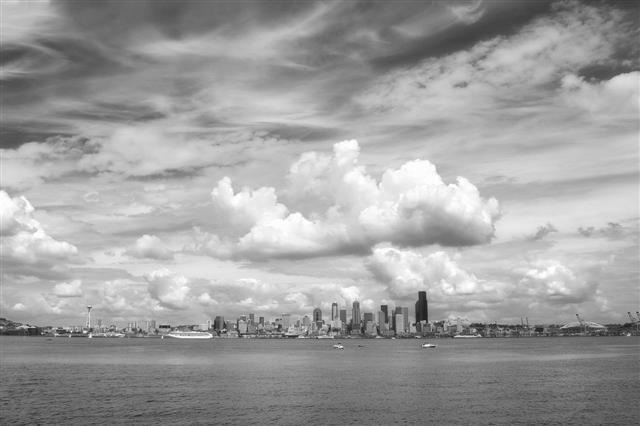 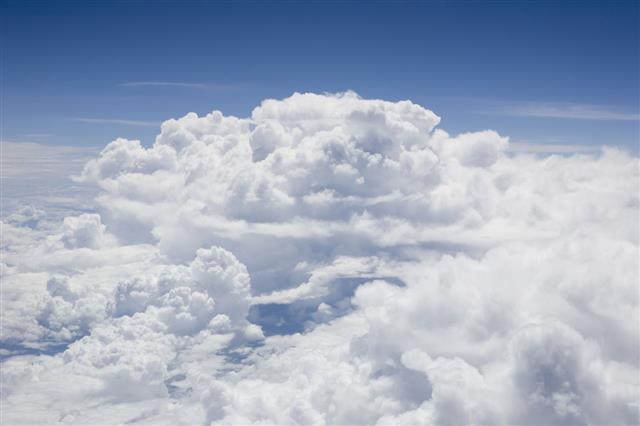 The famous proverb “Every cloud has a silver lining” is inspired by the last lines of John Milton’s poem, Comus: A Mask Presented at Ludlow Castle-
“I did not err; there does a sable cloud
Turn forth her silver lining on the night,
And casts a gleam over this tufted grove.”

The saying, Every cloud has a silver lining, as we all know, is used to mean that even in a bad situation, there is something good. This quote associates a cloud with something bad or misfortunate. The word cloud when used as a verb, refers to making something unclear or making something gloomy or dull. Even the poet William Wordsworth associates his loneliness to that of a cloud, when he writes, I wandered lonely as a cloud, That floats on high o’er vales and hills.

Though often associated with gloom and darkness, there is much more to clouds than just this. Their traveling across the skies is a delightful sight. Their varied shapes mean different things to different people. They scatter light and paint the sky in varied colors. Some associate clouds with dreams, illusions, and mystery, while others relate them to inspiration, high spirits, and height. It is interesting how they represent so many different emotions or states of mind.

“Sometimes I go about pitying myself, and all the while I am being carried across the sky by beautiful clouds.” – Anonymous

“A cloud does not know why it moves in just such a direction and at such a speed, it feels an impulsion… this is the place to go now. But the sky knows the reason and the patterns behind all clouds, and you will know, too, when you lift yourself high enough to see beyond horizons.” – Richard Bach

“You must not blame me if I do talk to the clouds.” – Henry Thoreau

“That, if then I had waked after a long sleep, will make me sleep again; and then, in dreaming, the clouds me thought would open and show riches ready to drop upon me; that, when I waked I cried to dream again.” – William Shakespeare

“A pessimist sees only the dark side of the clouds, and mopes; a philosopher sees both sides, and shrugs; an optimist doesn’t see the clouds at all, he’s walking on them.” – Leonard Louis Levinson

“A Dream is where a boy can swim in the deepest oceans and fly over the highest clouds.” – J. K. Rowling

“I am the daughter of Earth and Water,
And the nursling of the Sky;
I pass through the pores of the ocean and shores;
I change, but I cannot die.
For after the rain when with never a stain
The pavilion of Heaven is bare,
And the winds and sunbeams with their convex gleams
Build up the blue dome of air,
I silently laugh at my own cenotaph,
And out of the caverns of rain,
Like a child from the womb, like a ghost from the tomb,
I arise and unbuild it again.”
– P. B. Shelley

“Try to be a rainbow in someone’s cloud.” – Maya Angelou

“I can be jubilant one moment and pensive the next, and a cloud could go by and make that happen.” – Bob Dylan

“The writer is a mysterious figure, wandering lonely as a cloud, fired by inspiration, or perhaps a cocktail or two.” – Sara Sheridan

“The sun always shines above the clouds.”― Paul F. Davis

“The clouds, – the only birds that never sleep.” ― Victor Hugo

“Were I a cloud I’d gather
My skirts up in the air,
And fly well know whither,
And rest I well know where.”
― Robert Seymour Bridges

“Yesterday I inhaled a cloud, and immediately my eyes started raining.”― Jarod Kintz

“I think the most heavenly food is fluffy white clouds.” ― Jarod Kintz

“God is a cloud from which rain fell.”― Dejan Stojanovic

“The air up there in the clouds is very pure and fine, bracing and delicious. And why shouldn’t it be?–it is the same the angels breathe.” ― Mark Twain

“At times we wish that these clouds never came our way for all they bring with them is misery but on others they bring relief. It is their absence that is difficult to get by, to fill, for autumn is near. But then seasons do change.” ― Chirag Tulsiani

“Clouds pass and disperse.
Are those the faces of love, those pale irretrievables?
Is it for such I agitate my heart?”
― Sylvia Plath

“There are no rules of architecture for a castle in the clouds.” ― Gilbert K. Chesterton

“The sky, a perfect empty canvas, offers clouds nonetheless. They shift and drift and beg interpretation… such is the nature of art.”― Jeb Dickerson

“Though outwardly a gloomy shroud,
The inner half of every cloud
Is bright and shining:
I therefore turn my clouds about
And always wear them inside out
To show the lining.”
― Ellen Thorneycroft Fowler

“The sky is the daily bread of the eyes.”― Ralph Waldo Emerson

“O it is pleasant, with a heart at ease,
Just after sunset, or by moonlight skies,
To make the shifting clouds be what you please.”
― Samuel Taylor Coleridge

“When scattered clouds are resting on the bosoms of hills, it seems as if one might climb into the heavenly region, earth being so intermixed with sky, and gradually transformed into it.” ― Nathaniel Hawthorne

“Clouds on clouds, in volumes driven,
Curtain round the vault of heaven.”
― Thomas Love Peacock

“No doubt the phenomena of cloud formation are designed primarily to water the earth; to gather together the moisture from the salt sea, and form dark, unwholesome fens; to purify them by the mysterious alchemy of the sky; to carry them onward by sweeping storm or by gentle zephyr, and let them descend gently in the mist, or steadily in the rain, which will waken sleeping seeds, and revive drooping vegetation.” ― Alfred Rowland

“Now, if God made the clouds so beautiful, did He not mean us to gaze upon them and be thankful for them?” ― Alfred Rowland

“The clouds that gather round the setting sun
Do take a sober coloring from an eye
That hath kept watch o’er man’s mortality.”
― William Wordsworth

“A cloudless plain blue sky is like a flowerless garden.” ― Terri Guillemets

“When I do not walk in the clouds I walk as though I were lost.” ― Antonio Porchia

“When clouds appear like rocks and towers, the earth’s refreshed by frequent showers.” ― Anonymous

“I saw two clouds at morning
Tinged by the rising sun,
And in the dawn they floated on
And mingled into one.”
― John Gardiner Calkins Brainard

“See yonder little cloud, that, borne aloft
So tenderly by the wind, floats fast away
Over the snowy peaks!”
― Henry Wadsworth Longfellow

“Why do I love clouds? Because you can’t save a cloud like you can save a leaf or a flower or a rock – clouds are now.” ― Terri Guillemets

“Have you ever, looking up, seen a cloud like to a Centaur, a Part, or a Wolf, or a Bull?” ― Aristophanes

“Ye clouds, that are the ornament of heaven,
Who give to it its gayest shadowings
And its most awful glories; ye who roll
In the dark tempest, or at dewy evening
Bow low in tenderest beauty; – ye are to us
A volume full of wisdom.”
― James Gates Percival

Terri Guillemets has said, Clouds are the sky’s imagination. And their different shapes and colors are a fodder for our power of imagination. They are what we want them to be. Their gathering to cover the sun, and dispersing to uncover it again, is splendid to watch. There can’t be anything bad or sad about them. Watching them float by is a beautiful experience; and surely not a waste of time. As John Lubbock rightly says, “Rest is not idleness, and to lie sometimes on the grass under the trees on a summer’s day, listening to the murmur of water, or watching the clouds float across the blue sky, is by no means waste of time.” 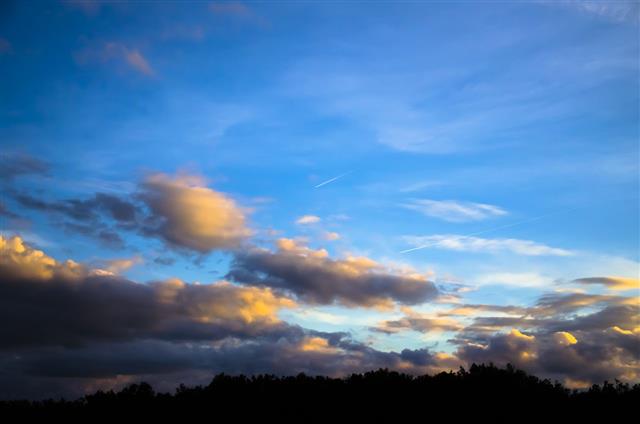