Bill Gates, the ex-chairman of Microsoft, is one of the most influential personalities in the world. Quotabulary has compiled some of the most inspirational Bill Gates quotes for you on success, leadership, finance, life, and more.

Bill Gates, the ex-chairman of Microsoft, is one of the most influential personalities in the world. Quotabulary has compiled some of the most inspirational Bill Gates quotes for you on success, leadership, finance, life, and more. 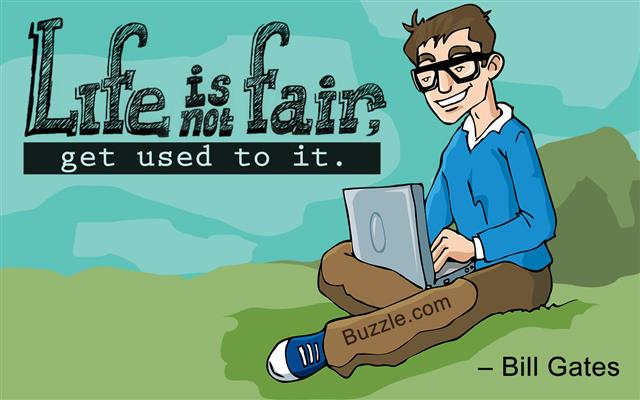 If you can’t make it good, at least make it look good.
― Bill Gates

Virtually everyone knows Bill Gates, the former chief executive and chairman of Microsoft, and a well-known philanthropist. Born on October 28, 1955 in Seattle, as William Henry Gates III, he was consistently ranked No.1 in the Forbes list of the world’s wealthiest people from 1995 to 2009 (except 2008 when he was at No.3). Even today (April 2014), he continues to be the wealthiest individual in the world. While he was a college student, he had told one of his professors that he would be a billionaire by the age of 30, which he indeed became at 31.

In many ways, Bill Gates has had an inspirational life and an illustrious career. Even now, when he is no more the chairman of Microsoft, he continues to influence and motivate people, especially the youth, all across the globe. There are countless things that each one of us can learn from the life and work of Bill Gates. Quotabulary brings you a compilation of some of his most inspirational quotes.

Bill Gates on Leadership and Success

It’s fine to celebrate success but it is more important to heed the lessons of failure.

Technology is just a tool. In terms of getting the kids working together and motivating them, the teacher is the most important.

If you give people tools, and they use their natural abilities and their curiosity, they will develop things in ways that will surprise you very much beyond what you might have expected.

As we look ahead into the next century, leaders will be those who empower others.

Don’t compare yourself with anyone in this world … if you do so, you are insulting yourself.

To win big, sometimes you have to take big risks.

If geek means you’re willing to study things, and if you think science and engineering matter, I plead guilty. If your culture doesn’t like geeks, you are in real trouble.

I failed in some subjects in exam, but my friend passed in all. Now he is an engineer in Microsoft and I am the owner of Microsoft.

Your most unhappy customers are your greatest source of learning.

You know capitalism is this wonderful thing that motivates people, it causes wonderful inventions to be done. But in this area of diseases of the world at large, it’s really let us down.

Bill Gates on Business and Finance

Just in terms of allocation of time resources, religion is not very efficient. There’s a lot more I could be doing on a Sunday morning.

Intellectual property has the shelf life of a banana.

Great organizations demand a high level of commitment by the people involved.

About three million computers get sold every year in China, but people don’t pay for the software. Someday they will, though. As long as they are going to steal it, we want them to steal ours. They’ll get sort of addicted, and then we’ll somehow figure out how to collect sometime in the next decade.

The Internet will help achieve ‘friction free capitalism’ by putting buyer and seller in direct contact and providing more information to both about each other.

Life is not fair; get used to it.

People always fear change. People feared electricity when it was invented, didn’t they? People feared coal, they feared gas-powered engines … There will always be ignorance, and ignorance leads to fear. But with time, people will come to accept their silicon masters.

Expectations are a form of first-class truth: If people believe it, it’s true.

Life is not divided into semesters. You don’t get summers off, and very few employers are interested in helping you. Find yourself.

Is the rich world aware of how four billion of the six billion live? If we were aware, we would want to help out, we’d want to get involved.

I’m a great believer that any tool that enhances communication has profound effects in terms of how people can learn from each other and how they can achieve the kind of freedoms that they’re interested in.

Before you were born, your parents weren’t as boring as they are now. They got that way from paying your bills, cleaning your clothes and listening to you talk about how cool you thought you were. So before you save the rain forest from the parasites of your parent’s generation, try delousing the closet in your own room.

A first-generation fortune is the most likely to be given away, but once a fortune is inherited it’s less likely that a very high percentage will go back to society.

In terms of doing things, I take a fairly scientific approach to why things happen and how they happen. I don’t know if there’s a god or not, but I think religious principles are quite valid.

If you think your teacher is tough, wait until you get a boss. He doesn’t have tenure.

Television is not real life. In real life people actually have to leave the coffee shop and go to jobs.

Powerful women are either sexually voracious rulers like Catherine the Great or Elizabeth I, or treacherous bitches like Cleopatra or Helen of Troy. 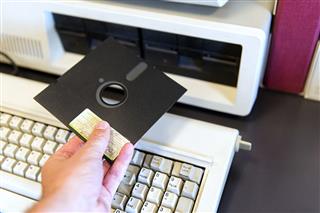 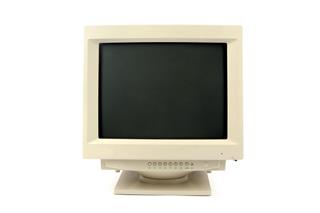