Even the most serious thing in the world has a funny side; drinking is no exception. Here is a compilation of some of the funniest drinking quotes you may have ever heard ... especially if drinking is not your forte. 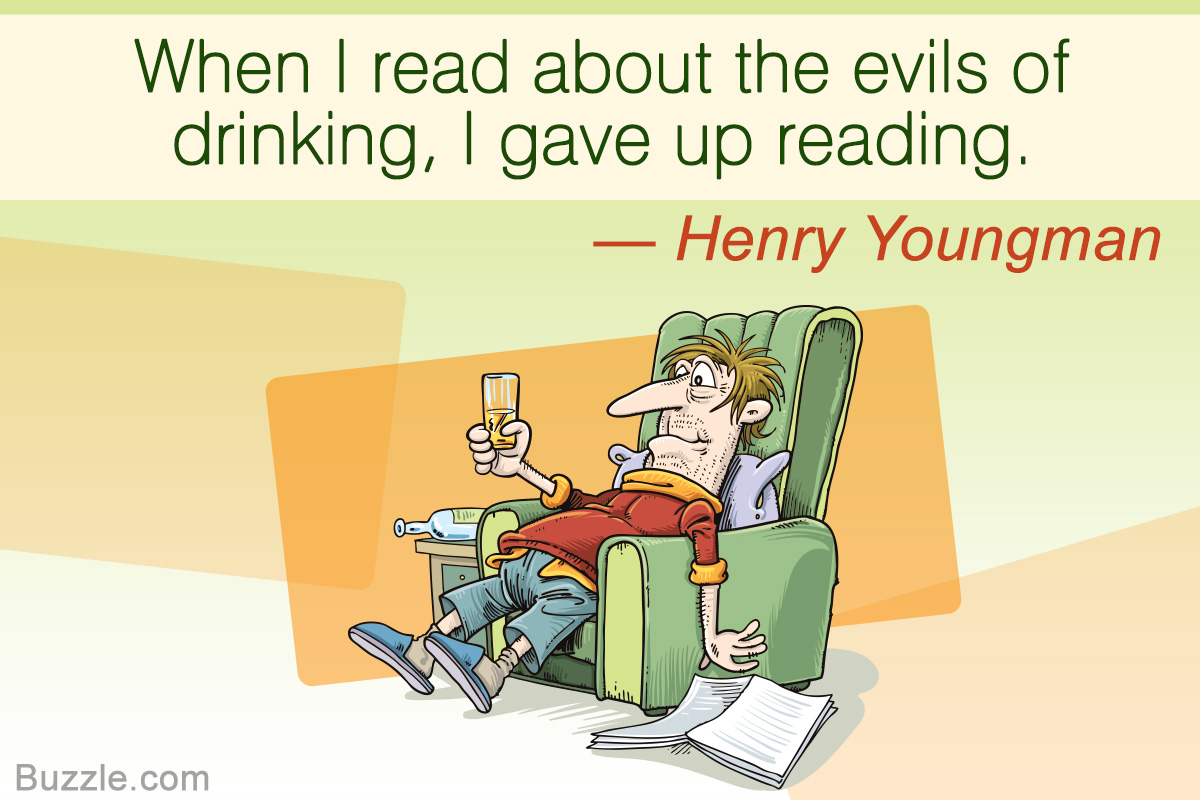 Even the most serious thing in the world has a funny side; drinking is no exception. Here is a compilation of some of the funniest drinking quotes you may have ever heard … especially if drinking is not your forte.

Alcohol, they say, is a social evil, but that need not necessarily mean you should stay away from it; at least, that’s what the funny drinking quotes coming from some of the eminent personalities of the world, right from Oscar Wilde to Winston Churchill, preach. These quotes will make you cringe with laughter and at the same time, wonder whether these people are really so funny or is it alcohol that brings out their funny side.

▣ Actually, it only takes one drink to get me loaded. Trouble is, I can’t remember if it’s the thirteenth or fourteenth. ― George Burns

▣ Alcohol may be man’s worst enemy, but the bible says love your enemy. ― Frank Sinatra

▣ Always remember that I have taken more out of alcohol than alcohol has taken out of me. ― Winston Churchill

▣ I exercise strong self control. I never drink anything stronger than gin before breakfast. ― W C Fields

▣ Alcohol removes inhibitions – like that scared little mouse who got drunk and shook his whiskers and shouted: “Now bring on that damn cat!” ― Eleanor Early

▣ I envy people who drink – at least they know what to blame everything on. ― Oscar Levant

▣ My Grandmother is over eighty and still doesn’t need glasses. Drinks right out of the bottle. ― Henry Youngman

▣ You’re not drunk if you can lie on the floor without holding on. ― Dean martin

▣ An intelligent man is sometimes forced to be drunk to spend time with his fools. ― Ernest Hemingway

▣ I only take a drink on two occasions – when I’m thirsty and when I’m not. ― Brendan Behan

▣ When I read about the evils of drinking, I gave up reading. ― Henry Youngman

▣ The worse you are at thinking, the better you are at drinking.. ― Terry Goodkind

▣ Not everyone who drinks is a poet. Some of us drink because we’re not poets. ― Dudley Moore

▣ This is one of the disadvantages of wine; it makes a man mistake words for thoughts. ― Samuel Johnson

▣ Prohibition makes you want to cry into your beer and denies you the beer to cry into. ― Don Marquis

▣ I have made an important discovery…that alcohol, taken in sufficient quantities, produces all the effects of intoxication. ― Oscar Wilde

▣ I’ve never been drunk, but often I’ve been over served. ― George Gobel

Now, these alcohol quotes must have tempted quite a few people out there. So what better way to celebrate their humor, but a chilled beer running down your throat. 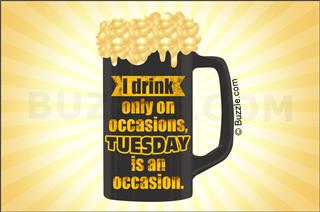