You Ought to Bookmark These Quotes by Nelson Mandela

Rolihlahla Mandela, better known to us as Nelson Mandela, was an anti-apartheid revolutionary, politician and philanthropist from South Africa. However, words like these are not enough to contain and describe all the values he stood for. Quotabulary brings you a compilation of his finest quotes, giving you but a glimpse into the greatness that was Mr. Mandela.

Rolihlahla Mandela, better known to us as Nelson Mandela, was an anti-apartheid revolutionary, politician and philanthropist from South Africa. However, words like these are not enough to contain and describe all the values he stood for. Quotabulary brings you a compilation of his finest quotes, giving you but a glimpse into the greatness that was Mr. Mandela. 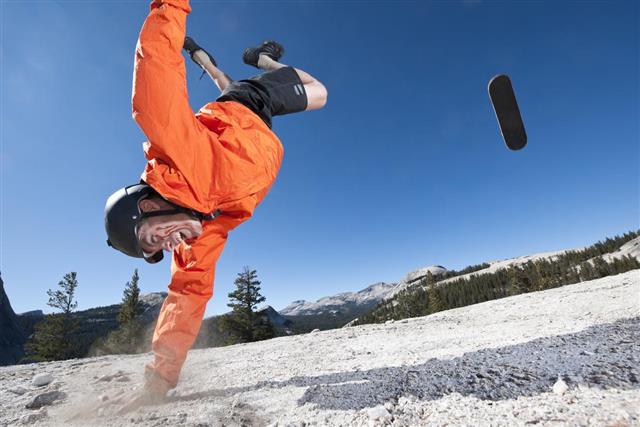 Nelson Mandela’s birthday on July 18 is celebrated around the world as Nelson Mandela International Day. In addition to this, in June, 2014, the UN General Assembly has established the ‘United Nations Nelson Rolihlahla Mandela Prize’ to honor his memory.

When Nelson Mandela accepted the Nobel Prize in 1993, he accepted it as a representative of the countless people who stood united in the effort of seeing their nation break free of prejudice and inequality. Never a person to hog the limelight, Mr. Mandela belonged entirely to his countrymen, and is an icon for everyone seeking justice and equality in our world today.

Nelson Mandela’s legacy stands strong even today, seeing as he has attained a demigod-like status in his home country of South Africa. But the best way to remember and honor him is to live by his words, and follow the path he has charted. We give you the best and most inspirational quotes of Nelson Mandela.

“When a man is denied the right to live the life he believes in, he has no choice but to become an outlaw.”

“Courage is not the absence of fear – it is inspiring others to move beyond it.”

“I learned that courage was not the absence of fear, but the triumph over it. The brave man is not he who does not feel afraid, but he who conquers that fear.”

“The brave man is not the one who has no fears, he is the one who triumphs over his fears.”

“A good head and good heart are always a formidable combination. But when you add to that a literate tongue or pen, then you have something very special.”

“Education is the most powerful weapon which you can use to change the world.”

On Freedom and Equality

“The truth is that we are not yet free; we have merely achieved the freedom to be free, the right not to be oppressed. We have not taken the final step of our journey, but the first step on a longer and even more difficult road. For to be free is not merely to cast off one’s chains, but to live in a way that respects and enhances the freedom of others. The true test of our devotion to freedom is just beginning.”

“There is a universal respect and even admiration for those who are humble and simple by nature, and who have absolute confidence in all human beings irrespective of their social status.”

“I have walked that long road to freedom. I have tried not to falter; I have made missteps along the way. But I have discovered the secret that after climbing a great hill, one only finds that there are many more hills to climb. I have taken a moment here to rest, to steal a view of the glorious vista that surrounds me, to look back on the distance I have come. But I can only rest for a moment, for with freedom come responsibilities, and I dare not linger, for my long walk is not ended.”

“As I walked out the door toward the gate that would lead to my freedom, I knew if I didn’t leave my bitterness and hatred behind, I’d still be in prison.”

“And as we let our own light shine, we unconsciously give other people permission to do the same. As we are liberated from our own fear, our presence automatically liberates others.”

“Overcoming poverty is not a task of charity, it is an act of justice. Like Slavery and Apartheid, poverty is not natural. It is man-made and it can be overcome and eradicated by the actions of human beings. Sometimes it falls on a generation to be great. YOU can be that great generation. Let your greatness blossom.”

“A leader. . .is like a shepherd. He stays behind the flock, letting the most nimble go out ahead, whereupon the others follow, not realizing that all along they are being directed from behind.”

“In my country we go to prison first and then become President.”

“Lead from the back ― and let others believe they are in front.”

“As I have said, the first thing is to be honest with yourself. You can never have an impact on society if you have not changed yourself… Great peacemakers are all people of integrity, of honesty, but humility.”

“I have never cared very much for personal prizes. A person does not become a freedom fighter in the hope of winning awards.”

“It is better to lead from behind and to put others in front, especially when you celebrate victory when nice things occur. You take the front line when there is danger. Then people will appreciate your leadership.”

“It is said that no one truly knows a nation until one has been inside its jails. A nation should not be judged by how it treats its highest citizens, but its lowest ones.”

“Why is it that in this courtroom I face a white magistrate, am confronted by a white prosecutor and escorted into the dock by a white orderly? Can anyone honestly and seriously suggest that in this type of atmosphere the scales of justice are evenly balanced?”

“During my lifetime I have dedicated myself to this struggle of the African people. I have fought against white domination, and I have fought against black domination. I have cherished the ideal of a democratic and free society in which all persons live together in harmony and with equal opportunities. It is an ideal which I hope to live for and to achieve. But if needs be, it is an ideal for which I am prepared to die.”

“No one is born hating another person because of the colour of his skin, or his background, or his religion. People must learn to hate, and if they can learn to hate, they can be taught to love, for love comes more naturally to the human heart than its opposite… Man’s goodness is a flame that can be hidden but never explained.”

“In our language there is a saying Ndiwelimilambo enamagama – I have crossed famous rivers. It means that one has travelled and, in the process, gained much experience. Indeed I had since 1934 been crossing important rivers of my country: Mbashe, Great Kei, Orange and the Vaal. I had seen new places and new faces, absorbed new ideas and renounced old ones.”

“We were expected to destroy one another and ourselves collectively in the worst racial conflagration. Instead, we as a people chose the path of negotiation, compromise and peaceful settlement. Instead of hatred and revenge we chose reconciliation and nation-building.”

“We have not taken the final step of our journey, but the first step on a longer and even more difficult road.”

“It is not our diversity which divides us; it is not our ethnicity, or religion or culture that divides us. Since we have achieved our freedom, there can only be one division amongst us: between those who cherish democracy and those who do not.”

“I have often wondered whether a person is justified in neglecting his own family to fight for opportunities for others.”

“Physical suffering is nothing compared to the trampling down of those tender bonds that form the basis of the institution of marriage and the family that unite man and wife.”

“Appearances matter – and remember to smile.”

“After climbing a great hill, one only finds that there are many more hills to climb.”

“Resentment is like drinking poison and then hoping it will kill your enemies.”

“The greatest glory in living
lies not in never falling,
but in rising every time we fall.”

“I am not a saint, unless you think of a saint as a sinner who keeps on trying.”

“There is nothing like returning to a place that remains unchanged to find the ways in which you yourself have altered.”

“Do not judge me by my successes, judge me by how many times I fell down and got back up again.”

“One cannot be prepared for something while secretly believing it will not happen.”

“It is not where you start but how high you aim that matters for success.”

“Live life as though nobody is watching, and express yourself as though everyone is listening.”

“We must use time creatively, and forever realize that the time is always ripe to do right.”

“Your playing small does not serve the world. Who are you not to be great?”

“There is no passion to be found playing small – in settling for a life that is less than the one you are capable of living.”

Nelson Mandela’s life has been one long battle, filled with conflicts in both his public and private life. The dignified manner in which he surmounted his difficulties stand testimony of his strength of character, providing inspiration to many in the years to come.